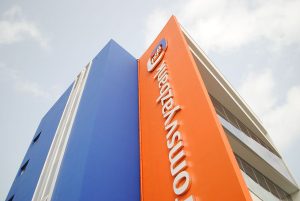 “Promsvyazbank’s (PSB) rescue follows the central bank bailout in August of Otkritie, once the country’s largest private bank, and later B&N. The bailouts mark the biggest challenge to Russia’s financial sector since a banking crisis 20 years ago and show how the country and its banks are grappling with the economic impact of lower oil prices and Western sanctions. The central bank has recently increased the estimate for THE Otkritie and B&N bailouts to a combined 820 billion rubles ($14 billion). The central bank has yet disclosed the expected cost of rescuing PSB,” reported Reuters.

The main problem for Russia’s financial institutions are underperforming loans and lack of access to Western capital and funding sources. The EU and United States imposed sanctions on the Russian Federation after Moscow invaded and annexed the Crimean peninsula in 2014. Russia is also seen to have instigated a frozen conflict in the Donbass region of East Ukraine after Kyiv moved closer to the European Union and former President Yanukovych was deposed in the Maidan Revolution of that year.

Oil prices on international markets have also plummeted from over $100 per barrel to the $50-60 range in recent years as American shale oil production has skyrocketed, making the United States the largest oil and gas producing nation before OPEC initiated a market share war and forced prices much lower to drive out competition. Prices have begun to recover as OPEC and associated countries cut production. American oil companies have come back in force, keeping a lid on the price of crude.

The combination of sanctions and the oil price collapse has been a double blow to the Russian economy, which is stagnating around 1% growth after a brutal recession in 2015. The banking sector has not been immune from the impact.

Former Finance Minister Alexei Kudrin recently presented the Kremlin with a plan to cut military spending and redeploy the funds to infrastructure and social services in a bid to jump start the Russian economy. It remains to be seen if President Putin will accept these recommendations as he prepares to run for his fourth term as president in 2018.