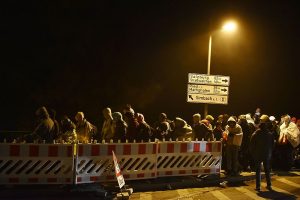 Hungarian Foreign Minister Peter Szijjarto welcomed this week the election of anti-migration factions in Italy and Austria, declaring Hungary would work with like-minded parties in any country to save Europe from the Islamic invasion. He stated the platforms of these parties were similar to the Visegrad Group’s.

“So it is obvious that we will work together in the future,” he told Reuters in an interview.

“This is not against the western part of Europe, this is against migration, and this is in favour of our interests because we put security first…What we definitely would like to do is to have a closer and more efficient cooperation with Austria and of course hopefully with the upcoming Italian government.”

In an act of deterrence, Hungary is sentencing migrants who commit crimes to long sentences. “A Hungarian court has sentenced a Syrian-Cypriot man to seven years in prison for illegally crossing the border from Serbia in September 2015. Ahmed Hamed was also convicted of being an accomplice in “terrorist acts”. Prosecutors said he had used a loudspeaker to address hundreds of migrants who then rushed through a gate in a newly completed border fence,” reported BBC.

“We did not go to the border to cause problems,” Hamed was quoted as saying by local news website Index. “Neither my culture, nor my religion would encourage that.”