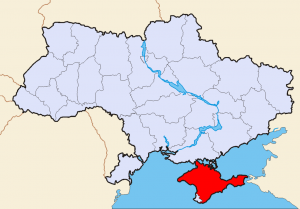 The European Union extended sanctions against Russia for another six months over its actions in Ukraine, including the annexation of Crimea and the war in the Donbass region of East Ukraine. “The decision, announced on December 14 at an EU summit, will extend current restrictions against Moscow until July 2018. The EU measures, which mainly target the Russian banking and energy sectors, were first imposed in the summer of 2014 and have been extended every six months since then,” wrote RFERL.

“We have prevented an escalation, but we have not enough progress in order to remove the sanctions,” Merkel said. “But we all agree that we must do everything to move on with the Minsk process,” declared German Chancellor Angela Merkel.

Ukrainian President Petro Poroshenko hailed the decision, “[It is] an important political decision by the leaders of the European Union to continue economic sanctions against Russia for violating Ukraine’s territorial integrity and unwillingness to stop hybrid aggression against our country.”

Although Moscow believes the sanctions have strengthened Russian domestic industry, the measures have hurt access to Western capital for Russian financial institutions and is a long-term problem for the Kremlin. Russia has reduced military spending for the first time in several years in order to focus expenditures on domestic infrastructure and social priorities.

Siberian Woman Bungee Jumps Into Ice Water With Hooks In Her Skin…But Why?

Moscow Says Its Powerless To Stop Russians From Fighting In Ukraine