US Treasury blacklists six individuals and three entities linked to the Iranian regime including Tehran’s notorious Evin Prison and the Ansar-e Hezbollah. 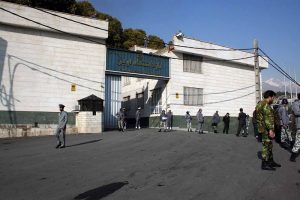 The following individuals have been added to OFAC’s SDN List:

Abdulali Ali-Asgari, an Iranian media executive who is the current director-general of Iran ‘s IRIB.

Hossein Allahkaram is an ultraconservative figure and former military officer. He is head of the coordination council of Iran‘s Ansar-e Hezbollah, an entity dispatched to crackdown anti-regime protests.

Abdolsamad Khoramabadi, Chair of Iran‘s Commission to Determine the Instances of Criminal Content.

Here is the link to the US Dept of Treasury explaining the action.

The Appalling Story of Evin Prison

Evin is the most appalling and most well-known prison in Iran.

During the massacre, 30,000 people were executed, mostly in Evin Prison.

Ukraine Is The Best Kept Secret In California’s Startup Scene