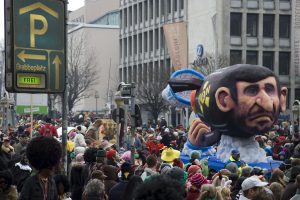 Poland seems to be playing a voice of reason when dealing with the EU reaction to the Trump administration withdrawing from the Iran ‘deal’. Poland’s Foreign Minister Jacek Czaputowicz said this week that Europe is too focused on the ‘economic considerations’ and not concerned enough about the security implications of Iranian behavior. Poland has yet to announce its decision regarding the JCPOA.

“We need to think, there is still time,” Czaputowicz told Reuters. “This doesn’t mean we don’t feel part of the EU community in these discussions … We will see what other EU members think.

“During discussions (within the EU), we will emphasize the need to consider the motives of the United States and a greater empathy towards them.”

“Tehran is pressuring Europe to come up with a package of economic measures to offset the U.S. pullout by May 31, saying it was “weeks” from deciding whether to quit the pact. Britain, China, France, Germany and Russia remain in it. Earlier this month, the European Commission, the EU executive, proposed a series of measures which include banning EU-based firms from complying with the revived U.S. sanctions,” reported Reuters.