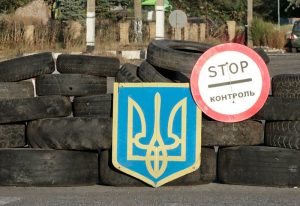 In a further installment of a developing story, the Trump administration has decided to sell the Ukrainian military anti-tank weapons in addition to the already approved heavy sniper rifles. The Javelin missile systems have long been said to be in consideration as ‘defensive weapons’ for the Ukrainian armed forces. Reports state The White House is also considering anti-aircraft systems as approved weapons to provide Kyiv.

Russia was not happy, saying Trump had ‘crossed a line’. “Washington has sought to cast itself as a ’mediator,’” Russian Deputy Foreign Minister Sergei Ryabkov said in a statement. “It’s not a mediator. It’s an accomplice in fueling a war.” The Russian official seemed to threaten greater Ukraine, “The American weapons can lead to more victims in the neighboring country, and we couldn’t stay indifferent to that.”

Ukraine’s ambassador to the U.S., Valeriy Chaly, was jubilant and declared the decision will bring peace to the region.

“Weakness encourages an aggressor,” he said on Facebook. “Force helps deter him and push him toward peace,” reported Associated Press. “With lethal weapons supplies, the U.S. gives a clear signal to Kiev that it will support a military option,” Alexei Pushkov, the head of the upper house’s information committee, said on Twitter.

“The United States has decided to provide Ukraine enhanced defensive capabilities as part of our effort to help Ukraine build its long-term defense capacity, to defend its sovereignty and territorial integrity, and to deter further aggression,” State Department spokeswoman Heather Nauert said. “U.S. assistance is entirely defensive in nature, and as we have always said, Ukraine is a sovereign country and has a right to defend itself…The United States remains committed to the Minsk agreements as the way forward in eastern Ukraine,” reported Russian state news agency TASS.

U.S. Secretary of State Rex Tillerson said Ukraine is the biggest sticking point for better relations between the United States and the Russian Federation, “It stands as the single most difficult obstacle to us renormalizing the relationship with Russia, which we badly would like to do.”