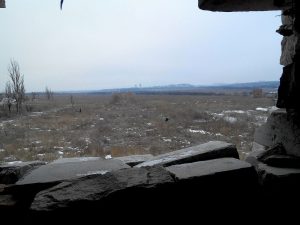 Foreign Minister Ivica Dacic told reporters on Friday that there had been “some disturbances” to ties with Ukraine, after he held talks in Belgrade with the Serbian ambassador. “I want to say clearly that Serbia respects Ukraine’s (territorial) integrity,” Dacic was quoted as saying by the N1 television channel, reported AFP.

A statement on Ukrainian Foreign Ministry website said earlier this week “the problem was Serbian mercenaries who fight… as part of the Russian terrorist troops,” in the war-torn eastern region and discussed “Serbia’s obligations within international anti-terrorist legal instruments”.

“Besides, Ukraine is seriously concerned about illegal contacts by representatives of Serbia with the occupied Crimea…We hope that the Serbian side will fully commit itself to the principle of respect for sovereignty and territorial integrity of Ukraine within its internationally recognised borders.”