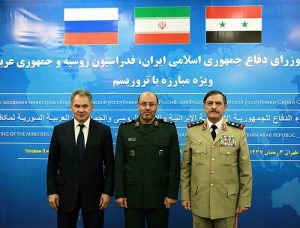 Does Putin hate America? To get a glimpse of the answer to this important question, I would point my readers in the direction of the recent TV series in which Putin is interviewed by the American film director and somewhat controversial personality Oliver Stone. Viewed from the perspective of someone who has an understanding of Russia and Russians the surprisingly candid interview provides an unambiguous answer: yes. Putin in fact hates America. He hates America with the hatred the big somewhat dimwitted kid in your high school hated the popular jocks. The big guy excelled at sports, but all the wrong ones. He did shot putting and hammer toss, but all the girls were watching the football practice. He mostly fought in self-defense, but it was he who was always dragged to the principal’s office and called a bully. He even tried to protect some of the smaller kids, but they only hanged with him if the popular kids didn’t want them around. One word of encouragement from them and they were gone, badmouthing him no doubt.

Putin chose service in the KGB as a calling, not a career. He chose it because he was a patriot, a Soviet patriot. And the KGB left him, not the other way around. In the Federal Security Bureau (FSB), the KGB’s successor after the fall of the USSR in 1990 Putin saw only decay and defeatism. Having resigned his commission and returned to Russia from the now defunct East Germany where he was the KGB station chief, he was a man with a mission. His mission was simple: restore at all costs what was lost with the collapse of the USSR. Putin is on record saying that the collapse of the USSR is the greatest calamity of the 20th century. Considering the horrendous events of the 20th century in Russia; a bloody coup d’état followed by a major civil war, widespread famine, political repressions on an unheard of scale, and finally the loss of tens of millions of lives in a defensive war in WWII, it is quite a statement to call the almost bloodless fall of the USSR the greatest calamity of the 20th century, even from a totally Russo-centric perspective. 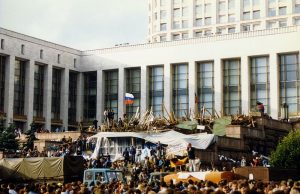 Putin does not misspeak and he is not oblivious to history. Even in the face of all the calamities, both self-inflicted and otherwise that Russia had suffered in the 20th century, he chose to give first place to the collapse of the USSR for a reason. The reason is simple; in all of the previous calamities Russia had not ceded ground on the world stage. Certainly in the immediate aftermath of the Bolshevik coup Russian ceded some outlying territories to Germany and suffered significant setbacks in technological and industrial development, but by the end of the 1930’s it had more than made up its industrial and territorial losses. Emerging victorious from WWII, the USSR was feared, honest to goodness feared, by what Putin likes to call the “Anglo-Saxons”, meaning America and its vassal the United Kingdom. Russia’s direct influence extended beyond the reaches of the Russian Empire at its peak and its indirect influence spanned the globe. What followed next was Soviet primacy in the space race, once again causing America to reassess its ways. 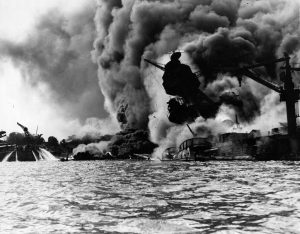 Of all the monumental events of the past century, it was only the fall of the USSR that caused Russia to suffer a calamitous loss in territory, in population, and in industry. One must realize that from Putin’s perspective there is no difference if twenty million citizens are killed by the Nazis or the same number are lost to Russia because Belarus became a separate political entity. It doesn’t matter to him if major industrial assets like the Antonov Aircraft factory are lost to Nazi bombardment or to Ukrainian independence. The fact remains that these people and these assets are lost to Russia, making it less able to maintain its rightful place in history.

But there is another part to Putin’s assessment of the fall of the USSR; that of the increased dominance of the US on the world scene. Putin perceives America as a supremely aggressive and meddlesome power that is hell-bent on total world dominance not only militarily and economically, but also culturally. Many in Putin’s generation were pining for blue jeans and Beatles records. Many were educating themselves about the excesses of the Stalin years by reading bootlegged copies of Solzhenitsyn. But not Vladimir. He was akin to the clean-shaven American kid who joins the CIA when his classmates are hanging out at Woodstock, getting high, getting laid. Putin experienced and despised Western cultural imperialism his entire life; when he finally became somebody at the KGB, having spent half a lifetime blocking these decadent values from taking root in Russia, all was lost. Russia’s brightest scientists were leaving for the West, not able to make a living in Russia. Major scientific projects like the Russian space shuttle were being shut down for lack of funds, Russia’s nuclear submarines stood idle at dock, rusting away. Large industrial assets were sold for pennies on the dollar to swindlers and shysters. For all of this and more Putin blamed and still blames America. 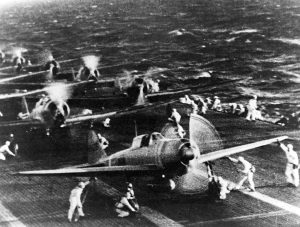 There is danger in Putin’s hatred of America, but there is even more danger in his total lack of understanding of it. In the run-up to the Japanese attack on Pearl Harbor, the Japanese admiral Yamamoto, speaking for the Imperial Navy, advised Emperor Hirohito and his cabinet against the attack. The Japanese navy had close ties to its American counterpart going back to the 1870’s and many Japanese naval officers were trained in the US. They well understood the American military and industrial might, which they rightly judged to be infinitely superior to that of Japan. More significantly, they understood the American spirit and knew that the American people would never tolerate being dragged to the negotiating table by a single attack, no matter how successful. The Japanese Imperial Army argued for the operation. Having been trained in Germany, they knew nothing of America. They mistook American permissive popular culture for weakness and advised that a well-placed sucker punch would cause it to negotiate concessions in the Pacific region rather than risk an all out war. Rarely in human history had there been a more blatant and more costly miscalculation. 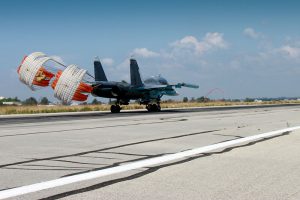 Image by Russian Minister of Defense

Putin and his advisors are very much akin to Hideki Tojo, the head of the Japanese Imperial Army and the strongest advocate for war with the US. They have spent almost no time in the US and know it only from popular culture and second-hand accounts. They idolize rulers like the Castro’s and the Kim’s who make their careers from giving the US the proverbial finger. In the interview, Putin was shaking his head when asked by Stone what he thought about the Russian annual defense budget (roughly $60 billion) being one tenth of the US defense budget. He of course knew it to be true, but had a hard time believing it. What he does not realize is that the US could triple that budget just by instituting for a limited time a 2% federal sales tax or selling some war bonds at preferred rates. The $2 trillion added to US stock valuations since Trump’s inauguration alone are triple and more of the American defense budget. Putin, like his Japanese predecessors is not equipped to properly evaluate American financial, industrial, and military might. Unfortunately, even this shortcoming pales in comparison to Putin’s inability to properly judge the American spirit. 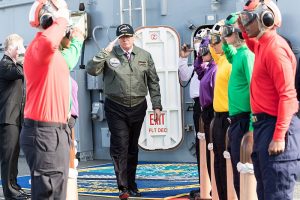 This lack of understanding is leading Putin on a path of confrontation with the US long before Russia is even remotely ready. Using proxies such as Iran and North Korea, Putin is inching ever closer to triggering an event that will make it necessary for the US to flex its muscles in a real way. The presence at the pinnacle of the US political power structure of Generals Mattis and Kelly and of course of President Trump with his visceral understanding of American greatness and American power, make Putin’s gambles even more dangerous. Undisputable proof of Russian flouting of the new sanctions on North Korea, sanctions which it had supported in the UN security Council, coupled with further provocations in the Persian Gulf by an Iran emboldened by Putin’s umbrella of protection may be all it takes to bring the US to give its military the green light. When that happens Russia will not come out on top.

The Hi-Tech Traditionalist: Are We Going To Be Replaced By Robots? (Part II) Intelligence On How Not Be