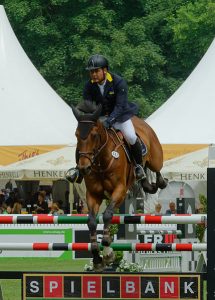 Oleksandr Onyshchenko was forced to leave Ukraine after being exposed as an opposition supporter. Charges and arrest warrants were issued as a result of Onyshchenko revealing audiotapes that exposed high level corruption in President Poroshenko’s inner circle.
We had the opportunity to present a list of questions to Onyshchenko about his situation and future plans. Corruption in Ukraine is impeding the country’s growth and recovery from the twin shocks of the annexation of Crimea and the war in Donbass. The IMF has refused to release the remainder of its $17.5 billion aid package until corruption concerns are more fully addressed.

Onyshchenko graduated from the Kharkov Military College, qualifying as a military officer with in-depth knowledge of German. From 2005-08 he studied at the Institute of Economics and Business of National Transport University, specializing in Business Economics.

Question One
Mr. Onyshchenko, we heard that you are planning to run in 2019. I have been monitoring the latest political activity in Ukraine, paying the most attention to the upcoming 2019 Presidential Election. Unlike many political pundits who suggest the campaign started with President Poroshenko’s attack on Mikhail Saakashvili, did the campaign start when Poroshenko and his team went after your assets, including one of the most successful Ukrainian companies?

Answer
Yes, I decided to run for the office. You have a correct understanding of the situation. Poroshenko is viewing me as a strong political and economical opponent. So his first goal was to deprive me and the opposition of financial resources and force me to leave my home country.

​President Petro Poroshenko’s administration is becoming more and more authoritarian, monopolizing power and stifling opponents. A bank, which belongs to Poroshenko has tripled its revenues, and it’s happening in a time when Ukraine is facing the worst economic crisis and the population’s income level is dropping precipitously.

Ukraine Plans To Tap Bond Market In 2nd Half 2017
​
​In Kyiv, people close to power often say that Poroshenko and his inner cycle are very greedy. Of course they always wanted to take over my assets. I’ve created these companies from scratch. I took over abandoned gas wells in 2009/10 and invested in them. The President and his circle decided to take over the assets when they become well- structured, revenue-generating companies. In 2009/10 nobody wanted the wells, which I developed.

Question Two
Former PM and political prisoner Yulia Tymoshenko questioned the motives behind this attack. What was Interpol’s reaction when the Ukrainian Government asked them to issue a red notice against you and your 72 year old mother?

Answer
Ms Timoshenko was very right. She knows Poroshenko’s style of business. So she understands his motive. She described the attack on me as a “hostile takeover of the business…We are back to aggressive corporate raiding activities like under Yanukovich. They took Onishchenko’s business by force. “
​
​As far as the Interpol is concerned, both requests for “red notice” (Arrest warrant) have been rejected by Interpol, after a deliberate review by the Commission for the Control of INTERPOL’s Files.
​
​Interpol’s General Secretariat has also urged National Bureaus to update their data with respect to my mother and me (so that the Ukrainian arrest warrant would be ignored).
​
​ You should also not forget the German justice system has also reviewed my case. The High Regional Court in the city of Koblenz reviewed the extradition warrant and considered the warrant unlawful. The accusation that I embezzled funds from “UkrGasVydobuvannya” /state gas company/ are unsubstantiated. Nor has it been shown that Onyschenko has been involved in any concrete act of embezzlement committed by a third party, the court ruled.
​
​Where other offenses are concerned, in relation to unlawful appropriation, fraud, money laundering, and acceptance of bribes, the Higher Regional Court Koblenz states that Ukraine has failed to set out the facts underlying these accusations in sufficient detail.

Question 3
Investigators against you have arrested 10 people, seized 39 bank accounts, real estate and your company assets. How far has the investigation progressed since then?

Answer
After General prosecutor Yuri Lutsenko obtained the decision of the parliament to lift my immunity, nothing was done. Investigators filed paperwork, which does not clarify any fact, and does not provide any evidence of alleged crime. Investigators do not have a clear plan on how to handle the case. The case files have a lot of dubious and useless documents.

Moreover, I have an impression that it’s more important for investigators to arrest people rather than to establish truth in the criminal investigation. When analyzing the situation with all these arrests, I don’t see any reasons for the detentions – people do not disappear, they are in touch with investigators and the court. People were simply thrown in jail for more than a year without reasonable grounds and evidence.   Such arrests were done with an aim to freeze companies’ activities and block and destroy the business.  Since the moment when my parliamentary immunity was lifted nothing substantial happened in the case, except for one thing: they achieved their goal to kick me out of the country and to destroy my business.

Question 4
Do you expect any additional charges after officially announcing your presidential ambitions?

Answer
I will be surprised if there are no new charges after announcing my decision to run for president. Last year the Security Service of Ukraine held a special press conference, during which they tried to frame me as a traitor to the State. The only evidence for such a serious accusation was a message exchange between my former lawyer and another unknown person. This is sad evidence of how low the Ukrainian state can go in harassment of whistleblowers and political opponents. In fact, criminal persecution is the only way how the current government is fighting its political opponents. As I said in my 2016 interview, most of the candidates may end up with at least one criminal charge by the time of the election, clearing the way for Poroshenko.

Question 5
What is your economic program?

Answer
I’m in discussions with leading economists, former high ranking law enforcement officials, anti corruption and compliance specialists on how to revive Ukrainian economy. We will come up with a plan which I will present.