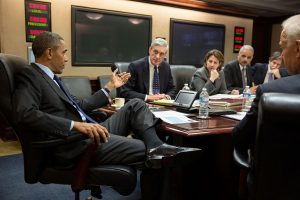 With Special Counsel Robert Mueller now moving into tax and money laundering issues, the Russian-Trump collusion theory having proven a dry hole, it would make sense that Congress take a look at real collusion by the Russians and American politicians over the last decade, if the current hysteria over the issue is sincere.

Sure, there is the possibility that this whole collusion thing was just an attempt by the left and the Obama deep state holdovers to remove a duly elected president they didn’t like, but who could really believe such conspiracies, right? There is very fertile ground here to be covered, especially when those being asked the questions are under oath.

It is no secret that the Russian economy is heavily dependent on hydrocarbons. The collapse of oil prices on international markets over the last several years, combined with Western sanctions, tossed the Russian economy into a deep recession. It is a fact that Russia’s economy was more diversified under the Soviet Union than it is now, managed by elite oligarchs.

Do you remember the wailing and gnashing of teeth from the left and environmental groups several years ago as Americans realized that fracking would turn the United States into an energy-independent powerhouse? The alarmist warnings about “earthquake swarms,” water contamination and other horrors were splashed all over the front pages of newspapers.

Turns out there was foreign money behind these protests.

It was no secret then that the Gulf states were funding anti-fracking efforts in America to stop the emerging American energy colossus from turning off the money taps. The Matt Damon movie “Promised Land” was funded by the United Arab Emirates.

But did you know there was evidence of other collusion, specifically with Russia? There are reports of Russian energy interests funding environmental groups in America to undermine the emergence of the American fracking industry, and to oppose the construction of pipelines to deliver this hydrocarbon gold to American ports and refineries. Does the term Keystone XL pipeline ring a bell?

The specter of former Secretary of State Hillary Clinton, and the Clinton Foundation being involved in a pay-for-play arrangement with Russian oligarchs who somehow ended up with 20 percent of the U.S. uranium reserves would also be a great place to start. There has been possible evidence uncovered that the Obama administration knew of violations of the Foreign Corrupt Practices Act prior to the approval of the uranium “deal.” This wasn’t just a meeting with a Russian attorney for 15 minutes. No, this was the full-blown selling out of American national security for money.
Rep. Dana Rohrabacher, the California Republican who chairs the House Foreign Affairs subcommittee focused on emerging threats, has asked full committee Chairman Ed Royce to hold hearings on these matters.

“I am writing you to request that either the full committee or my subcommittee hold a series of hearings this year focused on alleged corruption between Russian and American entities and political figures,” Mr. Rohrabacher wrote. “These hearings should take a close look at possible involvement Hillary Clinton may have had with Russian financiers who donated heavily to the Clinton Foundation. … We can no longer wait to fully inform the American people of alleged criminal collusion by the previous Administration with the Russians.”

It is obvious to even the most casual observer that these events need to be investigated alongside any possibility the Trump campaign colluded with Moscow. The world awaits Mr. Royce’s response.

Just maybe those conspiracy theories about the deep state and the GOP establishment trying to use the narrative of Russian collusion to get rid of the irritant of the Trump presidency might just be credible after all.