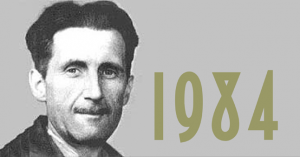 On Fox News Channel last night Dr. Charles Krauthammer blasted president Trump’s assertion that both sides were to blame in Charlottesville as “a moral disgrace”. He based his assertion on the “uniqueness” of KKK and Nazi symbolism; on that particular evil being beyond compare and beyond the pale. He dwelled in particular on the KKK aspect, calling slavery America’s original sin for which there had not been a full atonement. More on the original sin idea later, but it is a simple fact that Trump never said anything about the two parties being EQUALLY to blame. He drew no comparisons between what he labeled alt-Left and the right wing extremists, only saying that both parties were to blame for the resulting violence. In that, Trump is demonstrably correct. Had the Left not showed up, what would have taken place would have been a pathetic group of pathetic losers waving their pathetic loser flags giving their pathetic loser speeches surrounded by law enforcement, threatening nobody.

In my previous two columns on Charlottesville I argued that Nazi and KKK speech and symbolism were not protected by the First Amendment because they incite immediate actionable violence. And in fact the murderer who plowed his car into the crowd of left-wing protesters bears my point out, having been incited to violence by precisely that symbolism and those points of view. However, it is not my opinion, or even the opinion of President Trump that count; the Supreme Court has ruled that Nazi and KKK speech is permitted and so it is. The City of Charlottesville and the Commonwealth of Virginia, upon being ordered to issue a permit to the odious extremists to gather in Emancipation Square needed to ensure that the gathering received as little publicity as possible and that overwhelming law enforcement forces equipped with the necessary crowd control measures were in place combined with roadblocks and barricades preventing vehicular traffic in the immediate vicinity of the demonstration under the terms of the permit. They chose instead to provide only a small, ill equipped, and ineffective force, giving it no clear instructions to prevent potentially deadly violence between those who had a permit to demonstrate and those who were there to stop them. 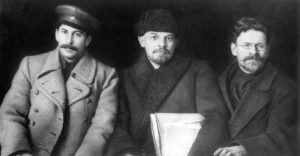 It is difficult to imagine that only the authorities’ incompetence was to blame for the law enforcement debacle at Charlottesville. There can be little doubt that they were well aware of Antifa’s and other alt-Left groups’ plans to disrupt the extreme right-wingers’ event using violent means. Nothing in the terms of the permit prevented the authorities from taking all steps necessary for public safety including cordoning off the entire area and not letting in anyone but the permitted demonstrators and credentialed members of the press. Nothing was in place to stop them from putting in place overwhelming law enforcement forces including the Virginia National Guard. So why didn’t they? One cannot but reach the conclusion that Charlottesville mayor Mark Signer and Virginia governor Terry McAuliffe chose virtue signaling over public safety, political grandstanding over their sworn scared duty to protect lives. As such they bear direct responsibility for the carnage that happened on their watch, carnage that they could have very well foreseen and prevented.

As to the ludicrous notion of slavery as America’s original sin, I was surprised to hear the erudite Dr. Krauthammer repeat this tired trope. Perhaps in his extensive travels around the world Dr. Krauthammer chanced upon the gilded palaces and cathedrals of Spain, filled to the rafters with gold stolen from the Aztecs and the Incas. Undoubtedly, he had admired the unparalleled collections of Greek and Egyptian antiquities in the Louvre and the British Museum, carted away from their homelands by the French and the British without the slightest regard to the feelings of the Greeks or the Egyptians whose heritage and history they were plundering. As a student of Zionism, Dr. Krauthammer is undoubtedly aware that Israel, my homeland and a country both he and I deeply love, could not exist today had it not been for the expulsion (by persuasion and by force) of much of its Arab population in 1948. 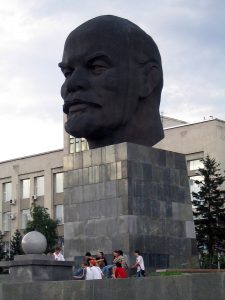 No. No American alive today bears the slightest responsibility for the deeds or alleged misdeeds of prior generations. We are all beneficiaries of what they have done. America would not be the food basket of the world if millions of buffalo were still roaming the plains. They had to be slaughtered so we could live. America could not develop into an industrial and agricultural superpower without displacing Native American tribes and concentrating them in reservations. And yes, much of America’s wealth in the 18th and early 19th centuries came from the slave-based economies of the agrarian South. Every day we enjoy the immense bounty that the labors of our ancestors, whether on this continent or elsewhere had bequeathed us. Sitting in anachronistic judgment of them is a travesty of justice and an exercise in futility and ingratitude.

The Russian Empire collapsed exactly 100 years ago because it stopped being loved. There was much to love; the largest country on the planet, it had a population of 180 million, much higher than today’s Russian federation. Its currency, the ruble, was among the most stable in the world and it was feeding all of Europe with its agricultural exports. Its rate of economic growth was comparable to today’s China and it was on track to match and exceed American industrial output within a generation. And yet, starting at the very top of the social pyramid, in the Czar’s inner circle, a dry rot began to spread. It was the dry rot of disdain for one’s own homeland, the dry rot of aloofness, of effete ineffectual liberalism, of grass is always greener on the other side-ism. Once this rot spread to the professional classes, the bourgeoisie, the folks whom we today might call middle class, the Russian Empire was done for. It was killed by the indifference of those who should have loved it the most; those who benefited in the greatest measure from its considerable successes. Left exposed and unloved, it was ripped to shreds by vile haters and opportunists like Lenin, Stalin, and Trotsky. The downside was greater than anyone could have ever imagined.

Industrial output took a quarter century to recover and the agricultural output has not recovered to this day. Russia went from a cultural giant to a cultural non-entity. Civil war, famine, brutal repressions, led to weakness that invited the attack by Nazi Germany in June of 1941. By 1942, one of the most populated countries on Earth just 30 years prior was literally running out of people to fight the war. What talent was lost among the tens of millions of lives cut short in these events we will never know, but one thing is for sure: Russia will never regain its pre-revolutionary glory.

Throughout the first half of the 20th century sad, pathetic remnants of Russian nobility and intelligentsia led sad pathetic lives in rented rooms above sausage shops and bakeries in Paris, London, and Berlin, pining for the glory that had been theirs and was gone forver. Their regrets, so eloquently described by the Russian exile author Vladimir Nabokov, were boundless; they well understood that it was their watch that had failed, that it was their failure to love their homeland that caused its demise.

In America today, we are faced with a similar situation and it is approaching a critical mass. American professional, academic, and business elites, the very same people who so vastly benefited from America’s success have fallen out of love with her. Regardless of race, religion, or background, they are quick to find her faults, whether real or imaginary, and slow to recognize her greatness. Most alarmingly, and in a stark departure to the downside from the Russian example, these elites have fallen out of love with the American people. Their main article of faith that places the most recent of all green card recipients or illegal aliens on the same footing as the descendants of the passengers of the Mayflower as “immigrants”, is factually and morally wrong and demonstrates their deep-seated dissatisfaction with the people currently in America resulting in a desire to displace and replace them. A country that is not loved by its elites, a country whose elites despise their own people believing them to be immigrants in the land that their ancestors had built with their blood, sweat, and endless toil cannot long endure.

President Trump is perhaps not as sensitive as I would like him to be to the unique nature of Nazism; his background makes that not unlikely or unexpected. But he has in spades the antidote to the malaise that is killing America: love. Sheer, unbounded, unapologetic, unsophisticated love and gratitude for America, for what it stood and for what it stands for now. For its countryside and for its cities, its farms and its factories, and most importantly for its people. His love is so evident, so all-encompassing, that it allows him to be that greatest of all leaders, one who leads by example, by infecting his followers with his best qualities, by making it impossible not to follow his lead. It is not clear whether the poison of hate has by now worked its way beyond the point of no return. Trump’s love may be too little too late. But it’s the only chance America has got.