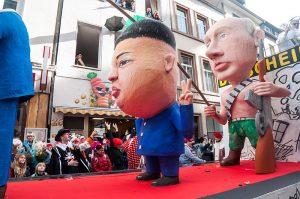 The Kremlin reassured the Russian people that the North Atlantic Treaty Organization (NATO) will not be automatically involved in any conflict between the United States and the regime of Kim Jong-un in North Korea.

“The decision of the North Atlantic Council [NATO’s principal political decision-making body – TASS] is what would matter in any particular case,” said a NATO official contacted by the Russian state news agency TASS.

Since NATO is encroaching the borders of the Russian Federation and admitting former Soviet/Imperial Russian satellite states, the movement of troops and increase in alert status a NATO involvment would entail obviously concerns Moscow.