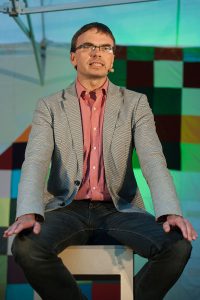 Estonian Foreign Minister Sven Mikser recently stated in an interview with Interfax that better relations with the Russian Federation were in everyone’s best interest, including the Baltics, and the European Union. However he did declare that Ukraine’s territorial sovereignty should be restored for this to happen.

“Both Estonia and the EU in general are interested in good relations with Russia,” Mikser said. However, “to improve our relations, Ukraine’s territorial integrity and sovereignty should be restored,” reported The Baltic Times.

“We cannot turn a blind eye to the fact that Russia is violating international law in Ukraine in a most serious way. Not a single democratic state can recognize the change of borders in an armed way in the 21st century…No doubt, there is potential for development” in Estonian-Russian bilateral relations, he said.

“It is in the interests of the people in both countries that our relations should develop, and it would be unfair to extend political problems to all other areas…After Estonia regained independence, its relationship with Russia has never been particularly warm at the high political level,” Mikser said. “However, communication between our countries has been maintained at a working and technical level for years, and we believe this will continue.”

Mikser highlighted the close physical proximity the two nations enjoy and reiterated good relations are critical for both sides.

“We have a lot of opportunities to focus on our citizens’ interests.”

The Baltic nations have been particularly concerned after the events in Ukraine over the last few years, Russian exercises in Belarus and the Baltic Sea, and the militarization of the Russian exclave of Kaliningrad. NATO has recently reinforced its eastern flank with armor once again imported from the United States.