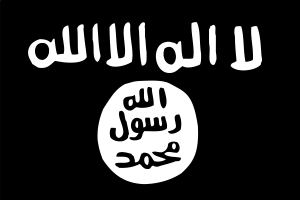 The Basic Court of Pristina has sentenced to 6 months in prison the accused of crimes related to terrorism, 23-year-old Kreshnik Podvorica. He was found guilty this Tuesday, but with his acceptance of this criminal offense and co-operation with the justice department, the prison sentence was replaced by 200 hours of compulsory work for the benefit of the community. The Kosovo Probation Service will be responsible for finding this job. Kreshnik Podvorica is the brother of Blerim Podvorica. The latter, after joining the ISIS terrorist organization in June 2017, committed a suicide bombing, killing dozens of Syrian citizens and soldiers.

The punishment of Kreshnik Podvorica, by Judge Naser Foniqi, was decided for several reasons-the accused has been very cooperative with the police, prosecutor’s office and court, providing useful information. His low level of schooling is also seen as a reason why Podvorica did not understand the criminal offense and consequently he could not understand what he did. Podvorica does not have a criminal record. Podvorica was warned by Judge Foniqi that if he does not perform the compulsory labor, he will be sent to prison, and was released with time served.

Kreshnik Podvorica is from Lipjan of Kosovo, and was accused of of posting through the social network “Facebook”, from his account Abu Zejd El Kosovi, postings of audio-visual film and photographs, and propaganda about the ISIS terrorist organization. He was accused of openly supporting their terrorist actions, such as the recent attacks and the creation of the “Islamic State”. On November 4, 2017, on his Facebook account, he distributed threatening files in which is showed a blood-stained vehicle tire in which bloody marks are left, with the words, “Get to them without mercy.” According to the indictment, Podvorica was arrested by the Kosovo Police on 20 December 2017. With these acts, he was charged with committing the offense of “union or participation in the foreign army or police, in foreign paramilitary or pre-party formations, in group organizations or individually outside the territory of the Republic of Kosovo, from Article 3, paragraph 4, in conjunction with paragraph 3 of Law No. 05 / L-002, for the prohibition of unification in armed conflicts outside the country.

The mother of the boys interviewed in December last year by Express newspaper said that the 29-year-old son, Blerim Podvorica, had gone to Syria more than four years ago, on the pretext of attending religious schools to become a religious figure. The Podvorica family learned of Blerim’s death from a video that was sent by his friends to Kreshnik, who had communicated with other Kosovars who were in Syria after the death of his brother.

More Than Half Of Russians Want New Soviet State