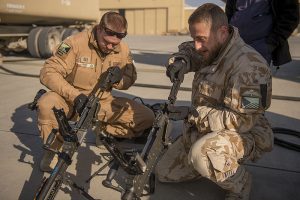 The Czech Republic has sued the European Union to stop further tightening of gun laws on the Continent. Brussels is using the threat of terrorism to restrict legal gun ownership in the Union and the Czech government is concerned it will harm the interests of its citizens and reduce support for staying in the EU.

The Czech Republic has 800,000 legal gun owners with a population of ten million. 240,000 have a concealed carry permit for personal use.

“Such a massive punishment of decent arms holders is unacceptable because banning legally-held weapons has no connection with the fight against terrorism,” Milan Chovanec, the Czech interior minister, said in a statement, reported The Telegraph.

“This is not only a nonsensical decision once again undermining people’s trust in the EU, but implementing the directive could also have a negative impact on the internal security of the Czech Republic because a large number of weapons could move to the black market.”

The Czech Republic has also recently amended its constitution to allow use of firearms against terrorists in an attack.

Come Back To Poland Says Deputy PM To Poles In UK