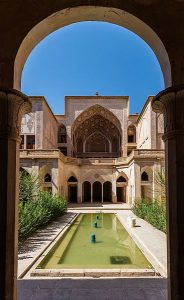 Iran is burning and a growing water crisis has become one of the six super-challenges, according to Iranian regime officials.

The Anzali Wetlands in northern Iran are nearly destroyed, according to the state ILNA news agency.

Recognized internationally and considered one of the largest homes to migrating birds and fishes in Iran, the Anzali Wetlands are now sharing the fate of 60 other wetlands across Iran that are on the verge of complete annihilation due to disastrous policies adopted by the ruling mullahs’ regime.  The farmers in many Iranian provinces are furious at how the government has not been providing their rights to water access.

The current water crisis in Iran began almost ten years ago. Iran has virtually dried all its rivers by exploiting 97% of its surface waters, and there is no more natural water left. This means that if they continue to operate in this manner, about 70 percent of Iranians, a population of 50 million people, will have to migrate from the country to survive. The Iranian regime’s incompetent management has led to the drying of wetlands and the loss of surface and subsoil waters.

A member of the Iranian parliament has recently said, “3,000 villages of Sistan & Baluchistan Province lack any semblance of a drinking water network.”

“1,200 villages in this province have water delivered with trucks,” said Mohammad Naeim Amini-Fard in an interview with the state ISNA news agency.
In other areas of Iran, due to the lack of adequate resources, trucks deliver drinking water to 110 villages of Golestan Province in northern Iran, according to the state IRNA news agency quoting the director of Village Water & Sewage Systems Department.

The report is blaming the water shortages on the Iranian regime’s neglect of the consumption needs of this province, and the differences between farmers, and the share needed for agricultural lands in Golestan Province.

Another state news agency, Tasnim, affiliated to the Revolutionary Guards Quds Force, also published a report in this regard.

One of the Iranian authorities announced – Now we are faced with spectacular shortages in groundwater resources, which in my opinion, there are no other countries in the world with these figures. Of course, if this crisis doesn’t constitute an emergency, this land will surely be in a very dangerous situation in the future. When the country faces environmental, climate and water scarcity, it’s senseless to speak about self-sufficiency.