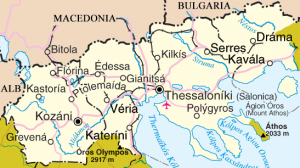 Macedonia and Greece say they have reached a deal to resolve their 27-year dispute over the former Yugoslav republic’s name.

Macedonian Prime Minister Zoran Zaev said on June 12 that Athens and Skopje agreed on the name Republic of North Macedonia, or Severna Makedonija in Macedonian, to end the row that has hampered Macedonia’s ambitions to join both the European Union and NATO.

“There is no way back,” he told a news conference after a telephone conversation with Greek Prime Minister Alexis Tsipras…