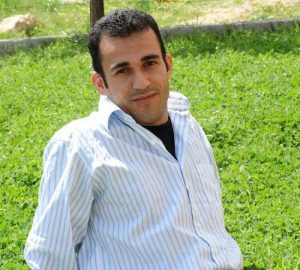 Ramin Hossein Panahi’s perscution in Iran is politically motivated and he may be executed at any moment. He is a 22-year-old man from Iran’s Kurdish minority who was sentenced to death in January for “taking up arms against the state” after a grossly unfair trial and amid serious torture allegations.

Ramin Hossein Panahi was wounded and arrested by IRGC forces on June 22, 2017 and was put into interrogation in poor health and kept under IRGC supervision for 180 days before he was transferred to the intelligence bureau in Sanandaj. Before his first trial, Panahi did have a public lawyer but the lawyer was not present at any of the interrogation sessions at the IRGC base or the intelligence bureau.

International pressure along with an expansive campaign by Iranian social media users seem to have been behind the recent delay of his execution, which was scheduled to take place before dawn on 3 May at the Sanandaj prison.

According to reports from the family of Hussein, he will be executed after Ramadan

Amnesty International urged on 1 May 2018 the Iranian authorities not to compound this shocking catalogue of human rights violations by proceeding with what is the ultimate and irreversible denial of human rights. Amnesty said that Ramin Hossein Panahi’s death sentence must be quashed now before it’s too late.

Here is the Amnesty International appeal.