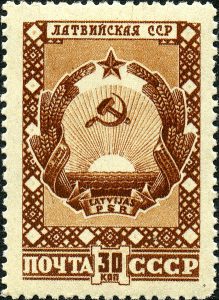 Many in the Baltic press have expressed displeasure to Western news outlets who describe the Baltic nations as ‘former Soviet republics’. Having won their freedom and independence again in the early 1990s after the fall of the USSR, Estonia, Latvia, and Lithuania have been strident in their support of the North Atlantic Treaty Organization and in fighting hybrid warfare emanating from Moscow, disinformation campaigns, propaganda, et cetera.

So it is surprising to hear politicians in the Baltic nations call for giving up their sovereignty to powerful capitals in the West in an EU ‘federal superpower’, which would be nothing but another attempt at a socialist nirvana.

“Latvians will be pained to hear this but the federalization of the EU will mean that we will have to give up more of our sovereignty. Latvia will get to keep only its flag, the coat of arms and the national anthem. Everything else will be decided by Brussels. In my opinion, it is good as I am a convinced federalist and never pretended otherwise,” said leftist Latvian MEP Andrejs Mamikins, reported The Baltic Times.

Mamikins was also supportive of the ‘open borders’ policies supported by Merkel, Soros, and other globalist politicians in Europe. The importation of millions of Islamic ‘economic’ migrants from the Middle East and Northern Africa have forever changed the culture and security situation in many parts of the European Union.