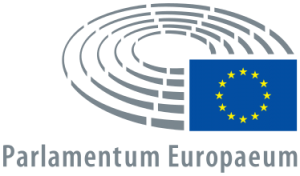 The European Union has been in conflict with the Central European countries of the Visegrad Group for some time now as these nations refuse to tow the line with the liberal agenda coming from Brussels. The primary disagreements stem from Poland’s judicial reforms, which were designed to rid the judiciary of left-over communist influence, and the refusal of 3 out of 4 Visegrad nations to accept hundreds of thousands of Islamic, economic migrants which would destroy their security and culture forever.

The new proposed EU long-term budget, which plans outlays from 2021-2027, includes language that would financially punish countries with ‘rule-of-law deficiencies’.

“Decisions on such cases would be proposed by the commission and adopted by the council by qualified majority instead of requiring a unanimous vote,” reported RFERL. In other words, the declarations by Hungary and Poland that they would support each other, by refusing to allow the required unanimous vote needed for the EU to remove the voting rights of the other, is no longer enough to prevent punishment of those nations that refuse Brussels.

Polish Deputy Foreign Minister Konrad Szymanski said in Warsaw on May 2 that Poland will oppose any EU budget plan that doesn’t balance the needs of its various member states. “The way to full compromise over the EU budget is still very long,” Szymanski said, wrote RFERL.

The budget has not yet been approved but the rule-of-law proficiencies seem to be primarily aimed at Poland and Hungary.