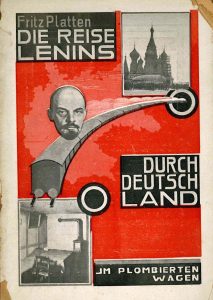 They played key roles in Russia’s 1917 Bolshevik Revolution, which triggered a civil war that killed millions, devastated the country and redrew its borders. A century later, their descendants say these historic wounds have not healed.

On The Eve Of The Bolshevik Revolution Centennial Russia Is Rewriting Global Geopolitics, Who Is Really The Enemy? Putin Or Obama?

As Russia approaches the centennial of the uprising, it has struggled to come to terms with the legacy of those who remade the nation. The Kremlin is avoiding any official commemoration of the anniversary, tip-toeing around the event that remains polarizing for many and could draw unwelcome parallels to the present.

Alexis Rodzianko, whose great-grandfather was speaker of the pre-revolutionary Russian parliament and pushed Czar Nicholas II to abdicate but later regretted it, sees the revolution as a calamity that threw Russia backward…

Orban’s Ruling Party In Hungary Stronger Than Ever

Born In Kyiv, Am I Ukrainian Or Jewish?