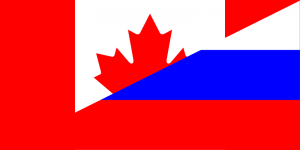 Russia has imposed sanctions on ‘dozens’ of Canadians, preventing their entry into Russia, after Canada passed its own ‘Magnitsky Act’ last month. Last Friday Canada announced sanctions on thirty Russian officials under the new legislation.

“Canada’s decision on extending anti-Russian sanctions under a false pretext of a hypocritical protection of human rights is absolutely senseless and reprehensible,” said Kirill Kalinin, a spokesman for the Russian diplomatic mission in Ottawa, reported Al Jazeera.

Ottawa’s move “is isolating itself from one of the key global powers” and “pushes Canada’s foreign policy back to the narrow black-and-white world view, incompatible with modern geopolitics”, he added.

“Dozens of Canadians” have now been barred from entering Russia in response, Kalinin said. Russia’s foreign ministry spokeswoman Maria Zakharova confirmed the new sanctions against Canada saying, “the list is long, with dozens of names on it.”