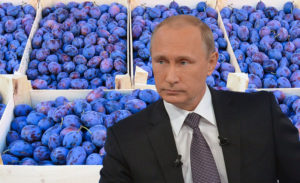 Russian Foreign Minister Sergei Lavrov said that Moscow imposed an embargo on food imports from the European Union only in order to prevent unfair competition. In an interview with Austrian magazine Profil Lavrov said that under European sanctions it is  difficult for Russian banks to obtain loans to finance the Russian producers.

“This means that agricultural products from the European Union enjoy an advantage in terms of unfair competition in the Russian market. We have to balance it.”, – The minister said.

The European Union imposed sanctions against Russia in 2014, after the annexation of Crimea. The sanctions regime was extended after the beginning of military operations in the east of Ukraine.

Shortly after, Russia banned imports of food products from Europe. In December last year EU leaders agreed to extend sanctions against Russia for another six months.

Restrictive measures against Moscow were also introduced by Washington. After winning the US presidential election, Donald Trump proposed his intention to remove or weaken the sanctions.