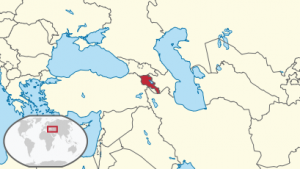 The Armenian Special Investigative Service (SIS) has cleared the Republican Party of Armenia (RPA) of any wrongdoing regarding allegations of election fraud by an opposition party in recent municiple elections.

“On the eve of the May 14 elections, the Yelk bloc claimed to have found in a trash bin outside an RPA campaign office documents exposing irregularities planned or already committed by the RPA. Most of them purportedly detailed vote-buying operations by government loyalists, including sums of money and guidelines on how to buy votes,” writes Radio Free Europe.

The Yelk bloc forwarded the information to the SIS but the case was closed due to reported lack of evidence.

Artak Zeynalian, said, however, that the opposition bloc has not yet received any letters from the law-enforcement body. He said Yelk will launch a series of appeals to overturn the SIS’s decision.

“The prosecutors will obviously not make an objective and impartial decision. So we will then go to court. But since the court will do the same, we will appeal to an appropriate body,” said Artak Zeynalian, a senior Yelk leader who also threatened to take the case to the European Court of Human Rights.

“The decision to close the criminal case is illegal, as it covers up a whole chain of crimes,” charged another Yelk leader, Edmon Marukian.