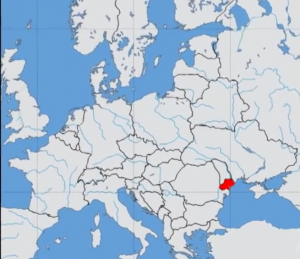 Yes, an Albanian community exists in Ukraine! They have been living there for more than three centuries, far from their homeland, and the world knows almost nothing about them…

The group left Southeastern Albania after the Turkish invasion during the 15th century and settled first in Bulgaria. In the 18th century, they moved to Ukraine. Today’s Albanian-Ukrainians are an ethnic minority group descendent from Albanian worriers, who fought against the Ottoman Empire in the Russo-Turkish wars. Belonging to the Orthodox religion, the Albanians of Ukraine joined Car’ Russian forces to fight against the common enemy, the Turks. Consequently, they were allowed to settle in the Russian Empire in the 18th century.

In 1811, the Albanians founded the village of Karakurt, in Southern Ukraine. The name Karakurt means “black worm”, referring to the great number of black spiders in that area. During the Crimean war, a part left for the coast of Azov Sea and set up three other villages-Devneskoje, Georgevka and Gamovra.

With the passing of time, the Albanian villages strived to survive, especially during the fierce class war during Stalin’s rule, in which the better-off members of the Albanian community were deported to Siberia and none came back alive. Intentionally, the Russian, communist regime scattered Albanians to the remote corners of Russian territory to promote their assimilation. The people and the area where they lived were left completely backward. Despite all this, they survived.

Today there are about 5,000 inhabitants in Ukraine that identify themselves as Albanian, living mostly in Karakurt, their first settlement. The village has 2700 people, 80 per cent of which are of Albanian origin. The rest are Bulgarians and Romanians.

With the passing of time, the Albanian language has faded a little, but never disappeared completely. The language they speak today is a mixture of Tosk Albanian and Russian. But the customs, folklore, and popular costumes are inherited by their great-grandfathers.

Karakurt is one if the poorest villages in Ukraine. Its inhabitants live on agriculture and livestock.

Contacts with Albania have been very scarce. In 1911, Fan Noli, an Albanian Orthodox priest and a distinguished national awakening figure of the Albanian Renaissance, visited Odesa where he held a mass and met with members from the Albanian community. 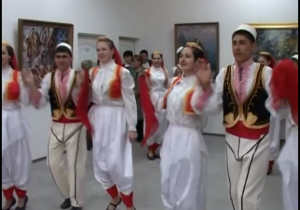 In 1979, Rev. Arthur Liolin of the Orthodox, Albanian church in Boston, Massachusetts held another mass there.

Very little has been written about the Albanian community of Ukraine. The first to study them was Soviet Philologist and Historian, Nicolai Derzhavin, in 1914. In 1930, he published his monograph in Russian “Albanians in Ukraine”. After World War II, a few other Russian scholars studied the Albanian minority as well. Alexander Novik, a Russian albanologist, maintains the Albanians arrived in Ukraine in the XVI-XVII century. The area where they settled was almost empty, so Albanians and Bulgarians could set up their inhabitancy there.

In 2006, “The Albanian connections in the world” organization was the first to document the reality of the Albanian community of Ukraine. They were surprised to see how fanatic they had been in preserving their language and old customs of their ancestors.

A documentary, prepared by the above-mentioned organization, shows a lot of Albanian traditions they still share. Their language is almost 70 percent Albanian; they drink Albanian raki and beer; their houses are built with carved stones and they enter the house through the fireplace room; they cook over the fireplace and bake their bread outside in the courtyard; their rugs bear Albanian motifs and they still preserve old photos and popular costumes from more than 200 years ago. The Albanian community’s greatest celebration is the day of Saint George, in memory of the Albanian national hero, George Kastriot Scanderbeg.

The first person to pay a visit to Odessa from the Albanian government was the State Minister for Diaspora, Pandeli Majko, some time ago. He met with representatives of the Albanian community, and invited them to come to Albania and visit their country of origin after so many years. He also promised to help them by having common projects in education and culture with regional authorities and diaspora representatives.

The almost forgotten Albanian minority of Ukraine serves as a good example for everyone who has strived against extermination, to show it is possible to preserve national roots through the centuries, if you really feel your kin-blood is not spoiled by water.

A Day in Radhimë, Albania