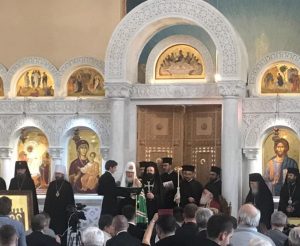 With the invitation of the Albanian Autocephalous Orthodox Church, led by Archbishop Anastas Ianullatos, the Primate of the Russian Orthodox Church, Kirill, is paying his first official visit in history to Albania from 28-30 April.

For many years, both churches have preserved a close friendship, thanks to similar experiences of fierce persecution during the atheist, communist period of the 20th century. Kirill’s visit is regarded as most important for the Albanian Orthodox believers. 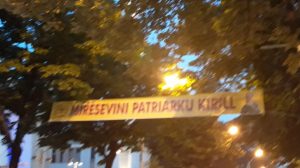 During the morning, both Orthodox primates co-held a mass at the “Jesus revival” Cathedral in Tirana, which was followed by many people. The choir of Moscow Patriarchate was present, as well.

This evening, Albanian President Meta is offering an official dinner at the Palace of Brigades. On Monday, Patriarch Kirill will have meetings with important political figures of the country, including PM Rama. 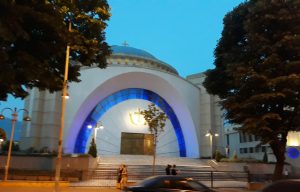 The Russian Patriarch will then pay a visit to the Monastery of Saint Vlash in Durres city and also to the Academy of the Albanian Orthodox Church, a key educative institution.