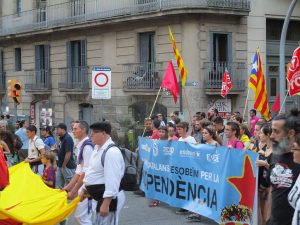 The Tory leadership of Great Britain would only benefit — and immensely so — from the withdrawal of Scotland from the United Kingdom. The Conservative Party won only 13 seats of the 59 allotted to Scotland — a better showing than in the past — but still a drag on their national fortunes. Were Scotland to succeed from the U.K., the Conservatives would be assured a virtually permanent majority. Even as Therese May and her party battle against succession, their political fortunes would be only buoyed by its success. 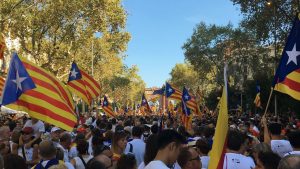 Likewise in Catalonia, Spanish Prime Minister Mariano Rajoy and his PP Party would gain immensely if Catalonia — which usually votes Socialist — were removed from the national equation. In the elections of 2016, the PP won only 13% of the vote, losing to the Socialists. Had the Catalonian Independence parties not participated, the loss would have been much greater. Indeed, the PP does very well in all regions that want to be part of Spain. But it loses those who are less sure. Socialists can usually count on strong support in Basque regions, Andalusia, and even Valencia which the PP usually carries the center of the country.

So we can watch two parties maneuvering against their real political interest in the UK and Spain. The governing parties in each nation would be immeasurably strengthened were the would be successions provinces of Catalonia and Scotland not included in the national canvass.

(By the same token, US president Abraham Lincoln and his Republican Party were only able to get national majorities by excluding the votes of the very Southern states they fought the Civil War to keep in the union). 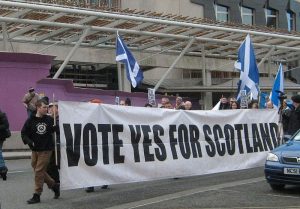 The outbreak of separatism in Europe can be directly attributed to the policies of the European Union that seeks to emphasize a Europe of Regions not of Nations. The allocation of much of the EU funding is based on regional allotments. The EU takes money from nations and distributes it to regions, reinforcing the notion that they can have their own countries and not be beholden to the mother nation for survival.

But, politically, the nation-states that still comprise the EU abhor what is happening in Spain. The French are worried about the impact on Brittany that has had a succession movement for centuries. Italy has to worry about its northern regions setting up their own country leaving behind the socio-economic drag of their southern neighbors.

The EU’s economic system effectively permits balkanization and nationalist groupings are quick to exploit it.

The Hi-Tech Traditionalist: The Consequences Of The Democratic Party’s Hard Anti-Semitic, Anti-Zionist, And Anti-Israel Turn Go Beyond A Few Odious Members Of Congress