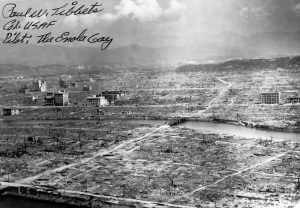 On May 6, 1981, New York Times columnist Drew Middleton explained the rationale behind French president Charles de Gaulle’s decision to develop France’s own nuclear weapons rather than rely on those of the U.S. or U.K,. He wrote that “General de Gaulle believed that the United States would not use its nuclear weapons if faced with a choice between the destruction of Western Europe and a Soviet-American missile exchange. His argument was that the United States would not risk New York or Detroit to save Hamburg or Lyons.”

The same logic, of course, applied to Russia. The Kremlin could have no clear idea of whether an American president would trade New York for Lyons, but clearly a French president wouldn’t think twice before pushing the button in retaliation for a nuclear strike on Lyons.

The logic of deterrence relies on mutually ASSURED destruction (MAD). Any doubt or ambiguity will fuel the megalomania and delusions of a Hitler or a Kim Jong-un. 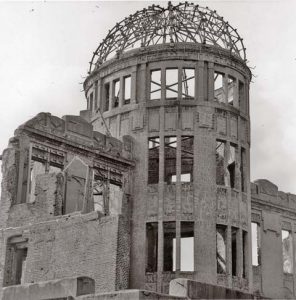 Now, we must apply de Gaulle’s logic to the dilemma of how to deter North Korea. Again, we come to the question: Will an American president strike North Korea with nuclear weapons in retaliation for an attack on Seoul or Tokyo? We don’t know the answer and Kim certainly doesn’t. And so, it now makes abundant sense to arm his two likely targets — Japan and South Korea — with the capacity to retaliate with nuclear weapons whatever the American president decides to do. Only then will Kim know that if he uses his atomic weapons against either country, he has literally bought into assured destruction of him and his own nation.

When Donald Trump proposed this solution during the campaign, he was hooted down. But circumstances have now come around to the point where we have to give his proposal a green light.

Some argue that giving the bomb to non-nuclear countries opens the door for everybody to get a bomb. As a practical matter, that door may already be open.

But why do we only allow our enemies to get the bomb and keep our friends from getting it?

Seventy years into the nuclear age, we have learned two things:

Any nation that wants to get the bomb badly enough will be able to get it.

2. Only mutually assured destruction can guarantee that the bomb is never used.

How much more evidence do we need? 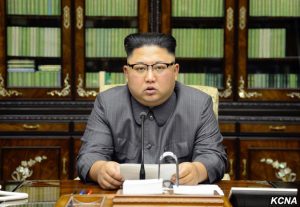 Neither Japan nor South Korea will be thrilled to get nuclear weapons. Understandably, Japan’s experience in having been attacked twice with atomic weapons makes it averse to such armament. And South Korea just voted for a “peace” candidate whose politics are founded in wishful thinking.

But eventually, both nations will likely see the logic and arm themselves with our assistance.

And, when both have nuclear weapons, we can expect a radical de-escalation in Kim’s wild threats and rhetoric. We can also rest secure the nuclear weapons will not be used.