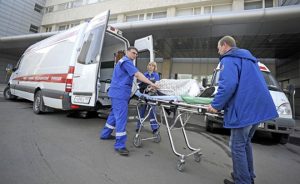 This week, Russian lawmakers adopted a first and second reading of legislation allowing the government to impose sweeping new “counter-sanctions” on hostile foreign states. The bill brings Moscow a step closer to banning the import of a whole series of vital medicines. Meduza asked gastroenterologist Alexey Paramonov, the director of the Rassvet Clinic, to explain Russia’s regular shortages of important pharmaceuticals.

Interruptions in drug supplies are indeed routine in Russia. For instance, patients with chronic ailments run into the same problem: the drug they have carefully selected vanishes from pharmacies, and with their doctors they suddenly have to choose a substitute. If you’re lucky, the same drug is registered in Russia under several brand names. (In these cases, the replacement is relatively painless.)…