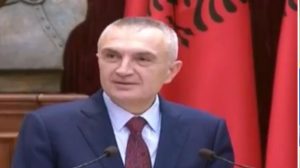 The crisis between the Albanian president and its government is deepening. The latest announcement of President Meta, to block negotiations with Greece regarding the sea agreement, looks more like a political crisis than mere disagreement on the draft of the document. A group of Albanian and Greek cartographers are working to define the nearest spot of distance equity between two countries. The two governments will then negotiate on the principle of resolving the sea borderline definitively. 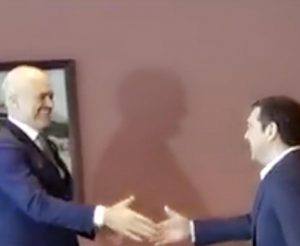 At this point, it is the President who should sign the agreement. However, Meta has refused to do so and has made his decision public. Such a thing was considered as non-sense by the majority, and some analysts, who consider his action to the detriment of Albanian interests. Athens is not willing to negotiate the 2009 Sea Pact Agreement, from which Greece profits. This Pact was refuted by the current Albanian government, which has attempted to repair the past mistakes. The USA has supported this idea and is serving as negotiator in the mutual talks. But if the President does not give his authorisation, the former pact remains in force. Recently Meta has held consultations with former Albanian presidents and finally with the former prime-minister Berisha, who still supports 2009 Sea Pact, signed by him at that time, through which 342 km of Albanian sea line was granted to Greece mistakenly.

Albanian Prime Minister Rama will welcome his Greek counterpart Tsipras in Tirana this spring. The official meeting will close the Strategic Partnership Pact, that comprises many important issues for Albania, such as: suspending the law on war, solving the Albanian/Çam property issues, defining the state and sea border, closing the issues of Greek soldiers’ cemetery in Albania, and discussing minority and emigrants’ issues.

Meta’s refusal to sign will leave the Sea Pact unaddressed at the meeting. Many analysts regard the blocking of such an agreement as the president’s pressure towards the Vetting process, being himself part if it.

The status of president in Albania is mostly honorific; the Constitution gives him little competence. This is the second time within a few months from his election, that the President has clashed with the government, the first being his disagreement with the UN vote regarding Jerusalem, expressed through his letter sent to US President Trump. Both actions have been regarded as ridiculous by many analysts, showing the state not at all serious, a total lack of cooperation between country’s main institutions.

World Bank: Western Balkans Economies Could Grow By 4.4% In 2021