Full consensus of the parliamentary group. Tomorrow the parliament will adopt the President’s decree to dismiss the former Minister of Interior Affairs. Sandër Lleshaj will take over the reins of the Ministry of Internal Affairs as deputy Minister. But this does not end here. I will further address the parliament tomorrow at 10:00.

As we explained before, Lleshaj will legally not be able to attend the Council of Ministers, as this is a right reserved to the Minister. At the same time, there is no Minister that can notify the Prime Minister that Deputy Minister Lleshaj will replace at the Council, as per the law. In other words, the Ministry of Interior, which oversees the State Police, has no longer a voice or vote in the government.

In spite of the legal prohibitions against treating a Deputy Minister as Minister, Prime Minister Rama is pushing through the idea that Deputy Minister Lleshaj is a full member of the government, calling him on Instagram “the new leader of Interior Affairs,” and including him on the website of the Council of Ministers: 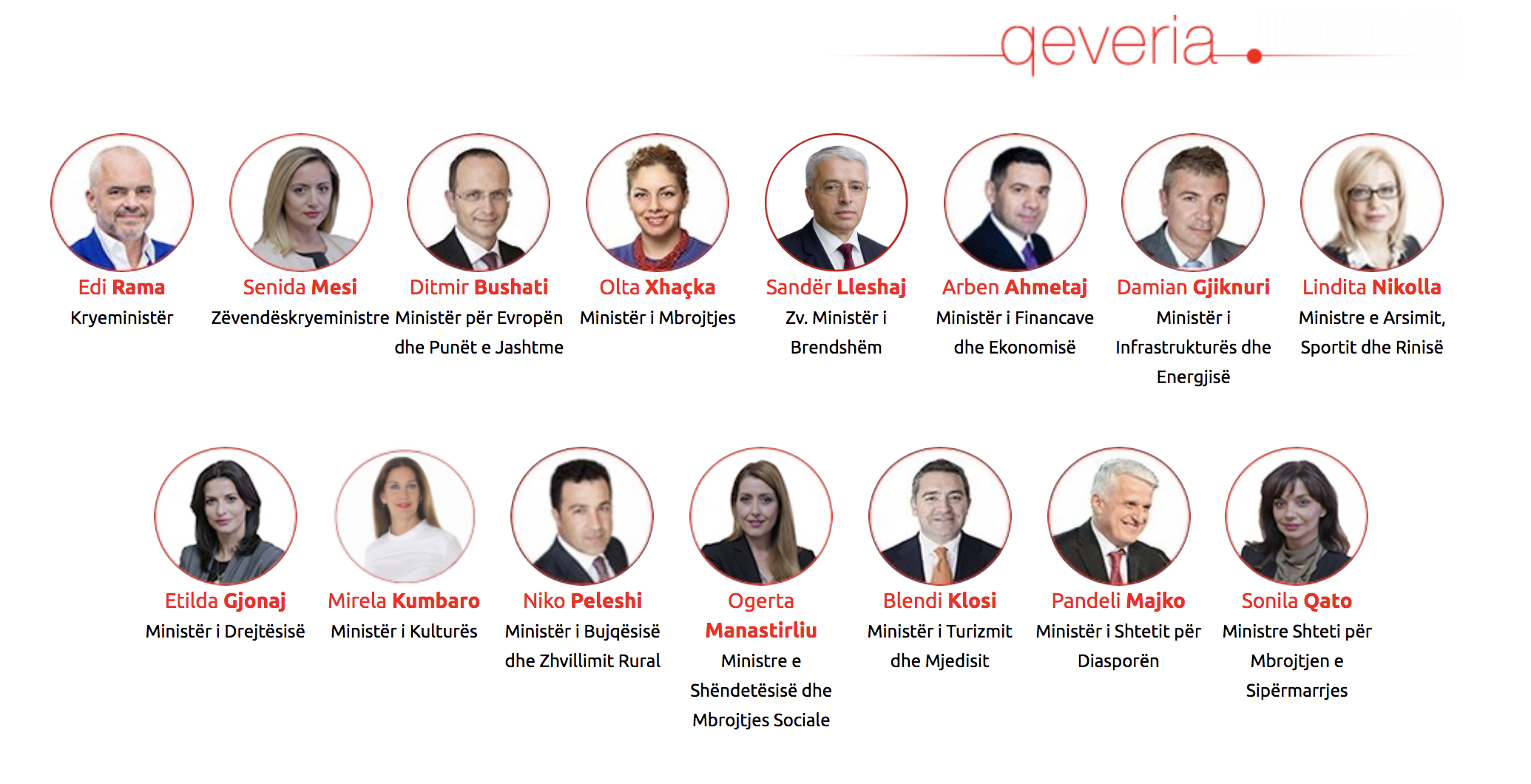 In doing so, the Prime Minister once again profits from the absence of the Constitutional Court, which could reprimand such brazen gesture. Instead of respecting the decision of the President, he simply circumvents it by acting as if a Deputy Minister is a Minister. Problem solved.

A very similar trick was used with the nomination of Arta Marku as “Temporary General Prosecutor,” which OPDAT and EURALIUS insincerely claimed to be a “figure [that] is rather comparable with the figure of a deputy Prosecutor General.” The reality has been very different. Marku has exerted the full competences of a General Prosecutor, with disastrous effects. It should surprise no one if “Deputy” Minister Lleshaj’s path will be exactly the same.