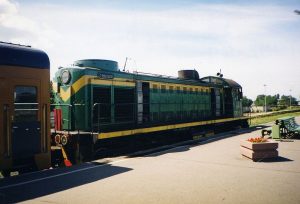 The conflict in East Ukraine has caused disruption of industry and transportation infrastructure in the Donbass region, as well as energy supplies. Upon the initiation of hostilities in 2014, Russia began to reroute rail traffic away from the conflict Zone. Russian Railways has announced the rail bypass of Ukraine, from Zhuravka to Millerovo, is now complete and traffice will begin in September; testing is
underway currently.

“It will provide stability of passenger and cargo transportation, and most importantly – to reduce the economic and technological risks that could arise when the route goes through Ukraine. This includes stop and delay of trains, delivery time delays, traffic violations, etc.,” expert Yuri Saakyan told RIA Novosti, reports RT.

The original route with 26 kilometers in war-torn Donbass will be replaced with 137 kilometers of new track.

“The new link will become part of the high-speed railway that connects Central Russia with the Black Sea coast,” said Russian Railways.