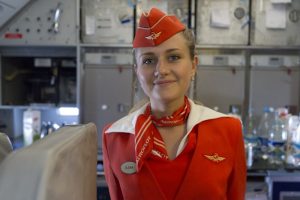 After losing to a lower Moscow court, two overweight stewardesses in Russia who are suing Aeroflot airlines, have appealed their case to prevent losing their preferred international routes over standards of size, age, or appearance. Irina Iyerusalimskaya and Yevgenia Margurina have taken their case to the court of public opinion on behalf of 500 stewardesses who have lost bonus payments and non-domestic flights due to not meeting the standards.

Eastern European and non-Western airlines typically place value on looks for female flight employees as they believe it is the duty of the airline to provide a pleasant flight experience, especially for international flights. Aeroflot is the state-owned airline of the Russian Federation. 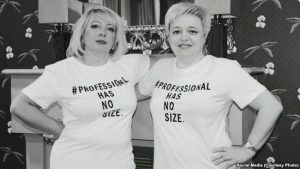 “They told us that only the young and thin will fly abroad for Aeroflot,” Magurina said at the time. Aeroflot flight attendants earn lucrative bonuses for working international flights. And, according to company’s regulations, female attendants wearing dress size 48 or larger or those over the age of 40 are relegated to domestic flights, reported RFERL.

Moscow lower courts rejected the lawsuits of the two women earlier this year. Aeroflot attorneys argued that for each kilogram the women were overweight, it cost the airline 759 rubles ($12.70) a year. The women have vowed to take the case to the European Court for Human Rights (ECHR).

Meanwhile in Kazakhstan, a travel company attempts to lure passengers with naked stewardesses…video below.