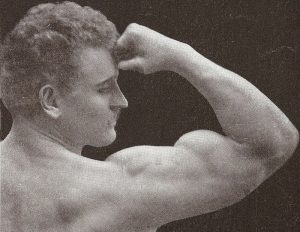 In the 1970’s, the Sinai Peninsula, now part of Egypt was under Israeli control and it was a popular destination for nature-loving Israelis, my family among them. Of course now that the Sinai is under Egyptian “control”, it is infested with terror groups, bandits, smugglers, and the like, but back then, with the Israeli Defense Force in charge it was the safest place on earth. And certainly one of the most beautiful. Israel built a coastal road from Eilat to Sharem A-Sheikh at the southern end of the peninsula, but refrained from further development, knowing that this wild land will eventually fall victim to a future peace treaty.

As a result, one could easily drive down the coast and camp out on pristine sandy beaches experiencing some of the world’s most beautiful coral reefs only a few feet offshore. There was really no “authority” and as long as one did not engage in violence or make a ruckus, everything was possible. Including spending all your time in the nude, something that many young Europeans, especially Scandinavians, took full advantage of. For a teenage boy nude Swedish girls provided pretty stiff competition for the other natural wonders of the Sinai beaches. But something else was going on.

An interesting and unexpected phenomenon was taking place. Quite a few young European women became involved with older Bedouin men, married them, and stayed on as second or third wives. In essence, young Scandinavian women raised on women’s lib and feminism, were voluntarily entering into one of the most patriarchal societies on earth, one that has not changed in millennia and one in which women occupied the very lowest rung on the pecking order. Going from butt-naked to never showing more than their eyes, from doing whatever they wanted to, to doing only as they were told, they willingly put themselves in a position of servitude not only to the husband, often twenty and more years their senior, but also to the more senior wives. Needless to say, no birth control was allowed, so pregnancies soon followed. To cap it off, these women more often than not brought whatever savings they had in Europe or could smooch off their parents to their new husbands as dowries.

What could have brought on such a strange phenomenon? The answer is found in the very nature of the feminist movement; specifically in its abnegation of human nature itself. The feminist movement from its very beginning and progressively more so through the decades sought to elevate the status of women in society by making them more masculine. Contemporaneously, it sought to equalize the status of men and women by lowering the status of males, specifically targeting their traditional roles as providers and defenders. 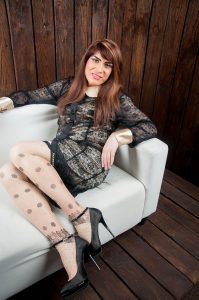 The two primary tools for accomplishing this result were the promotion of both male and female homosexuality and the use of the public education system. Promotion of homosexuality was facilitated by the fact that Hollywood, like all entertainment industries throughout history was always accepting of homosexuality and in fact homosexuals were over-represented in it. Since Hollywood is the primary opinion-shaping tool across the West, it became an extremely effective tool for homosexual propaganda. Public education systems in most countries and certainly in the West are staffed mostly by women, both in teaching and in administrative roles. As such, they provided the perfect venues for de-masculinization of boys from a very early age on. Finally, Pax Americana in the post-war world resulted in most western countries abolishing the draft. Where in the past all boys were expected to undergo at least basic military training, now this most masculine of all behaviors was denied to the vast majority of them.

Predictably, these actions resulted in a generation of emasculated males, confused about their identity and their purpose in life. But here comes the really funny part: emasculated males are totally unattractive as sexual and life partners to human females. By teaching Western women to become more masculine while at the same time emasculating their potential mates, feminists created a mechanism that completely disrupted the normal patterns of human mating behavior. Some results were predictable; sexual promiscuity increased because women, being more like men, became sexual predators. Birth rates precipitously dropped, because women could not possibly see themselves raising families with the poor excuses for manhood produced by their own policies.

Other results were more difficult to predict. Since human nature always wins in the end, Western women, giving up on their limp counterparts in the West, started seeking real men elsewhere. The naked Scandinavians in the Sinai desert were the first harbinger of this; the always armed, non-smiling, severe-looking Bedouin men were an eye opener for them. Never in their entire lives had they seen a real man before. They were smitten; no price was too high to experience this “new” elixir of a real male-female relationship not as perverted by feminism, but as intended by nature. 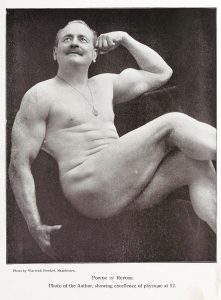 Things have progressed since then. European countries, many run by actual feminist women, others by emasculated feminist men, have invited the cultural brethren of the Sinai Bedouins into their midst by the millions. Predictably, “rape” and “sexual assault” proliferated. Perhaps less predictably, this atrocious behavior drew no condemnation from Western women or Western leaders. Where is the outcry by Western women demanding that their men defend them from this assault by people to whom they were gracious enough to grant sanctuary? Where is the outrage by elected politicians? Where is the pressure on the police chiefs to crack down on migrant sexual assaults? None of this can be observed. What is present are excuses for lack of action and in some cases actual refusal by Western rape victims to identify their attackers as Middle Eastern migrants out of fear that they could be deported.

What we are witnessing in Europe today is the continuation of the goings on in the Sinai forty years ago. Western females, having actively destroyed within their own male population any and all attributes that a female of the human species finds attractive in a mate, are importing real males, uncorrupted by feminism from the Middle East. Like all biological processes, this is not organized from above by an org-chart wielding corporation; it is simply happening because it must. It is difficult to see a resurgence of masculinity in Western Europe, which is why its fall to Islam is pre-ordained. There is a void there, a void of men, and as we all know, void is something that nature abhors. 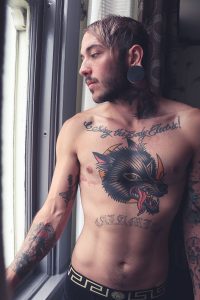