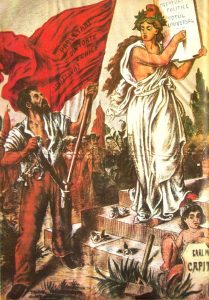 It seems to me, folks that we’re in unchartered waters here. I’ve been spending some time trying to come up with historical precedents for the statue hysteria now engulfing the US and it’s time to admit defeat. The anti-pagan reforms of King Yoshiyahu (Josiah) in 7th century BCE come to mind, wherein the King ordered a purge of the worship of Ba’al and Asherah in their hilltop temples and the centralization of all religious services in Yahweh’s temple in Jerusalem, which he had just finished renovating. The main physical attribute of the purge was the wholesale destruction of the statues of Ba’al, Asherah, and presumably other pagan gods and goddesses.

On further analysis though, the comparison fails on most counts. The old Canaanite idols had strong following among the people as attested in 2 Kings of the Hebrew Bible. Breaking the people’s allegiance to them was previously attempted by many of Yoshiyahu’s forefathers with little to show for it. In a move that would resonate through the ages, Yoshiyahu had to “rediscover” during temple renovations “new” Biblical texts (substantially today’s Deuteronomy), which fleshed out the old Yahweh worship and reinforced the sense of ethnic and tribal identity among Judeans by retelling the stories of the Egyptian exodus as led by Moses and the heroic conquest of the Promised Land from the Canaanites led by his successor Joshua. A good analogy would be the generation of renewed respect for the Constitution via the “discovery” during the recently completed renovation works in the White House of a “long lost” never before seen copy of this foundational document with a “right to universal healthcare” included in the Bill of Rights. In other words, the old idols had worshippers, they had friends.

In stark contrast, the forlorn statues of Confederate generals, politicians, and jurists have no adherents; they inspire the ardor of none. Most don’t even know who these people were and what they did to merit those handsomely aged bronze statues in town squares and courthouse courtyards. The most impassioned defense to be delivered on their behalf by their descendants is that they have “always” been there, so they may as well stay. Unfortunately for the long dead Confederate leaders, the Talmudic two cart parable is as valid in their case as it has ever been. Their descendants, white Southerners have been busy emptying their cart, or rather allowing others to empty it, for the last half century and it is now all but empty. They have allowed the entirety of their heritage to be uniquely viewed through the lens of slavery, as if no other cultural, economic, legal, and military contributions had ever been made by the antebellum South. Their pathetically empty cart is being run off the narrow bridge of history by the oh-so-full cart of progressive historical revisionism; a cart full of lies, of hate, of false victimhood, and most of all of unbridled greed.

Educated white Southerners can offer nothing to defend their cultural heritage as expressed in the blue-green hues of copper oxide. Their elected leaders mumble pathetic excuses about moving these statues to museums “where they more naturally belong”. Amazingly, it fell on the shoulders of a guy whose mother was born in a dirt hovel in the Outer Hebrides and whose grandfather was a Bavarian baker to offer the opinion that the destruction of the Confederate statuary is an attack on the entirety of the American heritage and that it is only the first tentative exploratory step in the deliberate wholesale destruction of the American heritage of liberty and individualism by the forces of totalitarianism and statist globalism. This guy, born and bred in Queens, New York, having never before in his long life expressed the slightest interest in history or any culture that isn’t pop, is the only person of any note in today’s America willing to put his already battered reputation on the line in defense of folks who he perceives as his spiritual and cultural ancestors and whose memories are now dragged through the dirt together with their likenesses.

Of course, when it comes to the destruction of statues, the many revolutions and counter revolutions of the 20th and now 21st centuries come to mind. The Bolsheviks, smashing statues of the Czars and of Christ, the victorious allies smashing Nazi statues and symbols. But a curious discrepancy presents itself: in all of these cases statue smashing came after the revolution was complete and the last shots fired, not before. The Red Army had to vanquish the White before the Bolsheviks could turn to the blowing up of statues and cathedrals. Germany had to sign the Instruments of Surrender before Nazi statues and symbols could be systematically demolished across the country.

In America, the opposite seems to be taking place; statues are coming down, in (mostly) a legal and orderly manner, while the country is governed, at least ostensibly, in the same manner it had been governed when these same statues were erected. America is (supposedly) still a constitutional republic, just as it was during Reconstruction, almost nothing was subtracted from the Constitution from that time to ours and whatever was added, in the form of amendments, has no direct bearing on the question of statues or of heritage destruction. So we are doing it backwards: statues are coming down before the revolutionary takeover of America by the forces of totalitarian globalism had succeeded or even begun. 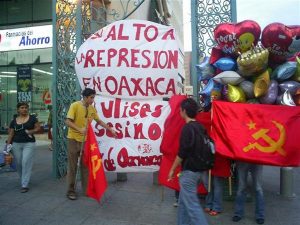 Or are we? History never repeats itself, but it follows well established patterns, grooves in the road well-worn in by the ever unchanging human nature like the grooves worn into Italian country roads by Roman chariots, the space between which still determines the gauge of our modern railroads. Assuming that statuary destruction always follows successful revolutions rather than leads them, we are left to conclude that a successful revolution had already taken place in America. That the ongoing removal of Confederate symbols soon be followed by the removal of others is every bit as much of a mop-up operation by globalists as the blowing up of the large stone swastika on top of the Reichstag building by the victorious Russian Army in May of 1945.

Over the past half century, since the Civil Rights movement of the 1960’s America has undergone what might be called a “boiled frog” revolution. Slowly, in the name of universally liked principles such as equality and freedom, America has undergone a revolutionary change. Gone is the rugged individualism that built the most powerful and successful country the world has ever known, replaced by a nation in which the majority of households receive monthly checks from the government. Freedom of speech and assembly? Not if you work for a large corporation or happen to grab your Make America Great Again hat when leaving home for a walk in the Boston Commons. Freedom of religion? Not if your religious views are so radical as to follow the Bible’s teachings on homosexuality. The sad truth is that the Americas of 1850 and 1950 were the same country, governed by substantially identical principles, with only one glaring exception, that of slavery. The America of today is as different from those two as night is from day.

It is perhaps a good thing that the strikingly handsome stern-faced Southern gentlemen with their swords and sashes are being removed to museums were they can look at each other in peace. As they look down from their town square perches today they cannot possibly recognize in the obese, whiny, scantily clad folk that surround them people who are worthy to be called their descendants.