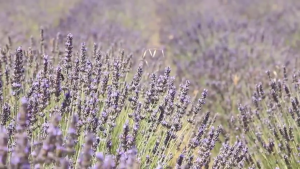 The business of medicinal plants in Albania has doubled in the last ten years, though it is not yet
consolidated. Currently, medicinal plants exported to Western countries are not only found in the
wild, but cultivated as well. Plants, like sage and lavender, are planted in some areas of the
country. Their cultivation and sale have provided good income for the inhabitants of poor rural
areas. During one of my recent trips to the Gramshi region, a lavender grower told for Tsarizm that
lavender planting was more profitable years ago than now, as its price has been reduced to half
of what it sold in the past. A kilo of lavender was sold at ALL 300 (2.5 USD) before; now it is only
ALL 150 (1.3 USD). The grower said the profit is minimal. The main cause for such a reduction
is not only an increase in the number of growers, but also the lack of a trade union to protect
growers’ rights and oppose price fluctuation.

Last year, according to INSTAT, the value of exports reached ALL 3.9 billion, from about ALL
2.1 billion in 2008.

Market operators of medicinal plants point out that it is internal barriers to the unstable international
demand for Albanian medicinal plants that are holding back pricing power, as foreign contractors require large quantities that Albanian collecting and export companies do not possess.

There are cases when cultivating a medicinal plant that has been growing in the wild for
centuries can destroy the reputation of that plant, especially in cases when cultivation is derived from lower quality seeds, penalizing the market for even wild crops . 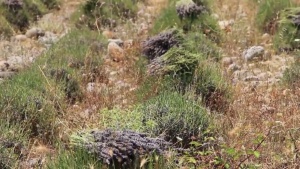 Albania is well-known for the natural growth of dozens of herbs that are mostly sought in the
pharmaceutical or cosmetic industry, but their harvesting is not meeting demand of market operators.

There are several reasons for this, the foremost being a lack of labor in the plant’s natural habitat.

Earlier, Albania not only collected medicinal plants, but also processed some of them, which
were sold at affordable prices in the international market, for instance sage oil. 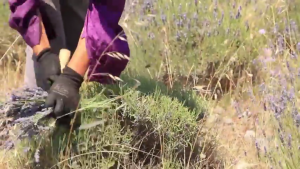 Agim Rama, a herb cultivator and picker from Malesia e Madhe in Northern Albania, told
Monitor magazine that the market has been manipulated, and revenues are not distributed fairly and
honestly by exporters, especially to farmers that plant these herbs. Rama said the sector could be
adjusted to maximize profits, but only if it becomes formalized and starts working by contracts.
To date, exporters handle pickers using different prices for the same plant and there is no
guarantee for payment, which are often delayed. Mr. Rama said that operation using
contracts in this sector is an emergency, in order to guarantee income to thousands of
Albanian families who hail from the poorest strata.

The massive growing of hashish in 2016 caused a decrease in medicinal herb planting. INSTAT reported last year 200 tons less of medicinal plants, compared to 2015. Germany and the United States of America receive most of medicinal crops.

From ALL 3.9 billion of exports in 2016, ALL 1.1 billion or 28 percent of it went to Germany,
while the US ranked as the second destination for Albanian medicinal plants, with a value of ALL 1
billion or 26 percent of the total. Then, Turkey, Italy, France are lined up.
However, requests come from other distant corners of the world, such as South Korea, India,
Pakistan, Sri Lanka, Malaysia, Ireland, Morocco, and so on.

Exporters claim that customers from distant countries have started ordering oils and essences.
The cultivation of medicinal plants in Albania started in 2012, after being subsidised, and has
increased rapidly.

England Fan Fighting For His Life After Beating By Russian Fans