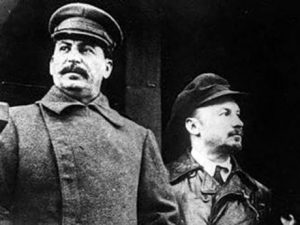 In one of the more amusing after effects of Putin’s bizarre announcement that Russia has developed some sort of qualitatively new doomsday weaponry, Russian twitterverse is full of jokes wherein various Duma delegates and senior officials implore Putin to spare from nuclear holocaust choice tracts of American real estate such as South Florida or Manhattan because they own major property in those locales and their kids are going to college there.

All kidding aside, these jokes reflect a very serious problem for Russia, Putin, and Putin’s foreign policy via nuclear brinksmanship. When asked what period in Russian thousand-year history he would rather inhabit, Putin recently opined that he would not have traded the present time for any other since all of his ancestors were peasant serfs while he is President. Whether that is true or not is difficult to ascertain, but there is no reason Putin’s claim should not be taken at face value. Russian nobility, intelligentsia, professional classes and bourgeoisie were so thoroughly purged by the Bolsheviks that it is unlikely that Putin’s family belonged to any one of these classes. Furthermore, Putin’s acceptance to the KGB academy in the 1970’s meant that he passed a thorough ideological background check, one in which any undesirable family history such as belonging to one of the suppressed classes would have surely been uncovered.

So Vladimir Putin, and undoubtedly most other (non-Jewish) Russian elites come from peasant serf stock. The question arises if is that a good thing or not. Historical analysis suggests that perhaps having serfs as one’s ancestors is nothing to brag about if one is among Russia’s leadership team. The Russian pre-revolutionary nobility was exceptionally adept at leading Russia from under the Mongol yoke and into colonizing the vast Siberian landmass all the way to the Pacific Ocean and beyond into Alaska and as far as Northern California and that was BEFORE they put the Romanov family in charge in 1615. In the 300 years of their dynastical rule, the Romanovs integrated Russia into the world economy, built world-class armed forces, gave rise to some of the world’s premier artists and explorers (Bering comes to mind) and made Russia into one of the top five world powers. 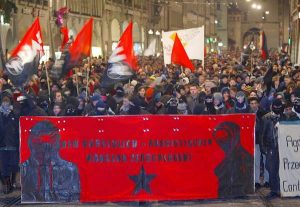 Russian nobility was petty and self-serving. They loved gambling away their estates and taxing their serfs to near starvation. They preferred speaking French to Russian and spending their time at Cannes and Nice rather than Omsk or Novgorod. They were also fierce patriots who always put Russia’s interests first and dutifully served in the Army and the Navy. They kept their money in Russia and adored their country estates, even if they only spent in them a few weeks a year. The Russian revolution developed in stages over a full dozen years from the abortive revolution of 1905 through the Czar’s abdication in February of 1917 and the Bolshevik coup d’état in October of that fateful year. Throughout this time Russian nobility and moneyed classes could have liquidated their assets and moved their money to safe havens in Geneva and New York. They could have bought real estate in Western Europe where they felt at home and moved their families there just in case. They did none of that. Feeling that it was their patriotic duty to share their less fortunate compatriots’ pain through thick and thin, through the disastrous Russo-Japanese war of 1905 and the bloody defeats and retreats of the early years of the First World War, Russian nobility and her upper and middle classes remained steadfastly loyal to Russia and her people.

They were rewarded by the confiscation and rage-filled burnings of their beautiful country homes. By imprisonment, torture, and death for them and their entire families including women and small infants at the hands of the Bolshevik executioners. Those who awoke in the nick of time, before the Russian Civil War came to a close with a Bolshevik victory in 1919 and who, like Nabokov and Rachmaninoff had extreme riches and name recognition outside of Russia, escaped with barely the clothes on their backs. Erstwhile denizens of St. Petersburgh palaces that took up entire blocks now lived in smelly apartments above butcher shops in Zurich and Berlin, making ends meet by slowly selling for cents on the dollar priceless jewels that they smuggled from Russia in their corsets and coat linings. These were the lucky ones. Their descendants now lead upper middle class lives in Britain and America. Most were simply slaughtered. 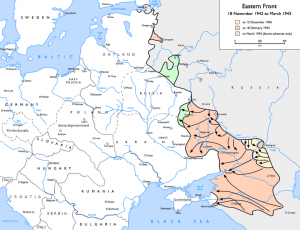 But who did the slaughtering? Well, it was precisely the great and grand-fathers of people like Putin and the other members of today’s Russia ruling classes who did all of the shooting, the looting, the burning, and the torturing. These people know exactly what was done and by whom to those Russians who could have prepared for themselves cushy routes of escape for times of trouble, but chose not to do so out of patriotic considerations. They know because their own family members did it. And they’d be damned if they would repeat the fatal mistake of the luckless victims of their own grandfathers. No, today’s Russian elites, the descendants of serfs, harbor no romantic illusions as to what would befall them if they ever dropped the reins of power. Russia is more lawless today than it has been since Stalin’s death in 1953. So those Russians that have means take them out of Russia and into those jurisdictions in which the rule of law still applies as soon as they can. They ship abroad money, jewels, heirlooms (many looted from the Russian nobility and from Germany and Eastern Europe), and of course their own children.

Make no mistake, the hilarious parody of a despotic ruler whose own vast wealth, acquired by theft and influence peddling, is stashed in the West threatening the same West with nuclear annihilation does not escape the Russian people. They know well who and what Putin is. They know his KGB history and exactly who and what the KGB was. They know who bankrolled his rise to power and who is keeping him there. They know that the most industries that exist in Russia today are operating under license from companies like Siemens and Mercedes Benz, with western know-how and under western management. 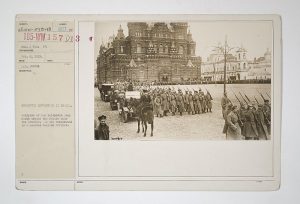 But what choice do they have? It took a thousand years to build one of the world’s most capable and patriotic elites and only a few years to completely annihilate it. The vaunted Marxian union of the lowly factory worker and the serf peasant, the hammer and the sickle, produced the predicted effect. People who had no experience in lawful governance, in financial or military management, in having responsibility for the fate of others took over and drunk with power succeeded in no more than a century to utterly destroy one of the greatest civilizations the world had ever produced. But the Bolsheviks and their current klepto-oligarchichal successors didn’t destroy just Russian culture and world prominence; they succeeded in coming very close to destroying the entire Russian and Ukrainian peoples. The Civil War, the following famine (both as a consequence of the war and intentionally induced), the bloody political purges, the ensuing military weakness that all but made the German aggression of 1941 inevitable, the disastrous first two years of the war fought under political commissars while experienced Czarist officers were kept at home or in prison as entire armies were annihilated or taken prisoner, the unimaginable drop in the standard of living that led to one of the world’s lowest life expectancies and birth rates, all of these combined to plunge Russia into precipitous demographic decline, a decline from which there is likely no way back.

The last time Russia won a war its military was guided by Marshall Georgy Zhukov, a junior Czarist officer who distinguished himself in WWI and who was spared repression because of his peasant roots. He was one of the cadre of Czarist Imperial officers brought in by Stalin after the disastrous counter-offensive in the Southern Front led by Nikita Khrushchev and his cadre of politruks failed, causing entire armies to be encircled and captured and opening the way for the Germans to Stalingrad and possibly beyond to Russia’s oil fields in the Caspian basin. The old battle-tested officers, now in their forties and fifties, saved the day, but even they could not bring back from their shallow graves the millions upon millions of Russians who had so needlessly perished. 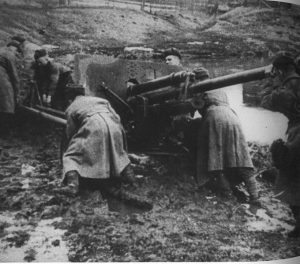 The first Soviet national anthem was not Russian at all and didn’t even mention the Soviet Union. It was the first globalist anthem, The Internationale, written in 1871 by the French nihilist left-wing revolutionary Eugene Pottier. This creation, whose lyrics (Of the past let us make a clean slate!) call for the utter destruction of the old order was not replaced in Russia until 1944, when Stalin, beginning now to believe that he will survive the war, commissioned a new anthem appealing to the patriotic feelings of Russians and calling them to defend the Motherland. It was too late. Nihilism and destruction are easy; reversing their effects is often impossible, a fact that Russia is now learning on its own flesh.