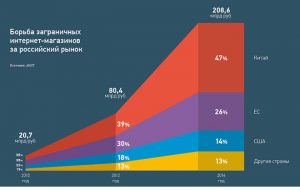 The Russia presidential adviser on Internet development issues, Herman Klimenko, stated today in an interview with the program “Pozdnyakov” on the NTV channel in Moscow that Russia was ‘technically ready’ to disconnect from the global internet, reported RIA Novosti. If the Western partners “declare Russia such a war as the Crimean isolation,” then this will not prevent the country from living “well and normally,” said Klimenko.

“Klimenko explained that failures and errors in the transition from one technology to another are inevitable and the process is unlikely to be completely painless. Somewhere, someone will shut off something, it will probably turn out that someone has stored their data abroad, although there is a decree to keep it here. Someone has hosted their domains abroad, so they will probably experience some difficulties, “the presidential adviser added, wrote RIA.

Many totalitarian countries have attempted to censor and limit what their citizens can see and find on the global web, in short, stopping the free flow of information that the internet was designed to deliver. China is the most well-known example, developing the ‘great fire wall of China’, employing thousands of people to stop its population from seeing the truth from around the world.

Russia has not shutdown the internet in this manner, as of yet, but the Kremlin is making changes that is slowly strangling the free flow of ideas. A recent Russian law forces internet firms to place servers on Russian territory, and therefore open to government surveillance, or have their domains blocked. Russia also is forcing firms to self-censor content or have their domains blocked in-country. The Russian internet watchdog, Roskomnadzor, frequently prevents content detrimental to government officials from being publicly available on the web.

Klimenko declared Russia will regulate the internet but will not go as far as North Korea or Cuba. For the Russian opposition movement, this is small consolation.