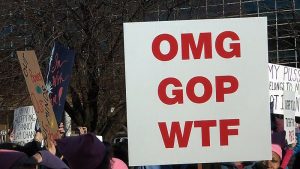 Communism proposes a paradigm shift; it suggests that we evaluate our success not self-referentially, but rather as it compares to the totality of our compatriots in our country and even people around the globe. In a capitalist society, a forklift driver with a high school education arriving to her dental appointment in her 2012 minivan will hardly notice the brand new BMW parked in the dentist’s spot. It is self-evident to her that the ten years of rigorous schooling that are required to become a dentist, an enormous investment of time and capital that she CHOSE not to make, place the dentist outside of her success reference group. Since the concept of individual INVESTMENT and the RETURN on investment is not recognized by communist theory, communist societies shift the paradigm of individual success to questions like “is a dentist more valuable to society than a forklift driver?” and “what would dentists eat if forklift drivers went on strike and stopped moving goods around?” Since it would appear that dentists would indeed starve if forklift drivers went on strike, while if dentists went on strike most folks would be fine at least for a while, the conclusion is inevitable: forklift drivers are more important than dentists.

But if forklift drivers are more important than dentists, or even only equally important, why is she driving a five year old minivan while the dentist is luxuriating in a brand new ultimate driving machine? If she and he make nearly identical contributions to society, doesn’t it stand to reason that their lifestyles should be nearly equal as well?

The frame of reference shift from the internal gauge of personal success to the external requires a corollary paradigm shift, that of the individual to the collective. Capitalist society is a marketplace in which individuals compete. Individuals choose to make investments in themselves that are commensurate with their abilities and with how much value they place on financial success. Communist society is a COLLECTIVE governed by a narrow elite that is outside of the collective frame of reference. Since EVERY member of the collective is EQUALLY important to its proper function, all members should enjoy nearly identical level of financial success and hence be able to afford nearly identical lifestyles. 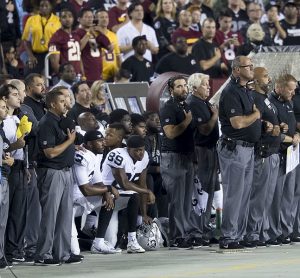 The effects of the adoption of the communist paradigm cannon be overstated. As compared to her own peer group, the forklift driver is enjoying a high level of success. Her minivan has all the latest features and is a luxury ride compared to the Buick station wagon she rode in as a child. Her job is steady and pays much more than the mostly clerical jobs that were available to her mother’s generation. But considered through the communist paradigm, an insufferable ENVY creeps into her heart. Surely the nice dentist who is about to work on her teeth is not sending his kids to the same public school where her kids go. And why can’t SHE shop for grass-fed beef at the new Whole Foods they just opened in her town? What makes HIM so special?

The communist and the capitalist paradigms are radically different not only in their attitude toward the individual and the collective; they are mostly different in that the communist paradigm is entirely unsustainable in any human society because it goes against human nature. We are products of a long evolutionary process that programmed us to strive and to take risks only as long as we and a small number of loved ones are the beneficiaries of our investments. Take away the personal incentive, and we simply refuse to invest any effort beyond the minimum required by our supervisors and not even that if we can get away with it. The Soviet experiment, the only large-scale communist experiment to date, demonstrated this point with relish. Regular Soviet folks came up with a cool term for PRETENDING to work while actually doing nothing at all and expending only the absolute minimal amount of energy to avoid being caught: tufta they called it and it was what killed the USSR.

The brief period (1922 – 1953) during which the USSR rapidly industrialized and achieved significant GDP growth leading to its ability to repel the German invasion of 1941 was a period in which communism was set aside in favor of literal and semi-literal slave labor. The entire labor force from ditch diggers to aerospace engineers was enslaved, either literally in camps, or figuratively by fear of death should any slacking at work be detected by the army of government snitches. It was the inertia from this slave labor period and the importation (just as in the US) of German rocket scientists after WWII that led to the early Soviet wins in the so called “space race”. With the death of Joseph Stalin in 1953, the march to communism was resumed, with predictable disastrous results. As the fear factor subsided and the camps emptied out from all but the criminals and the actual political prisoners, productivity collapsed and tufta ruled. The results were precipitous declines in agricultural and industrial output, placing the USSR at the mercy of the West for food deliveries and making its demise only four decades later the inevitable outcome. 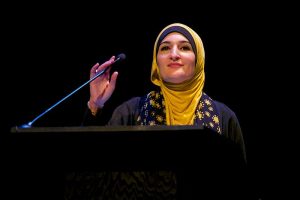 Perhaps learning from the Soviet example, when following Mao’s death it came time for China to “loosen the screws” and gradually reduce the fear factor, the leadership did not attempt any communist experimentation. On the contrary, they reverted to the time-tested Chinese model of substantially free enterprise at the small to medium business level, with meritocratically selected government elites serving in lieu of corporate governance for the large corporations. The amplitude of social and financial outcomes in China today is as large as in any rapidly growing capitalist market, belying any superficial claims of being “communist”. Not coincidentally, China, far from repeating Russia’s communism-fueled collapse, is an undeniable economic success story.

The question that inevitably arises is why, if communism has been so roundly discredited in real-world application, does it still have a large and growing following even in bastions of free market success such as the US? The answer lies in another part of the human soul – the part that is home to that pretender to the throne of the most powerful of all human emotions: envy. In his Song of Songs, King Solomon, who as we know was the wisest among men, remarked: “for love is as strong as death, jealousy is as severe as Sheol”. He was talking about the jealousy of a woman to her sexual rival, but the envy that one experiences towards a more successful individual is, in many cases, no less severe. This feeling grows and can become the angel of death and destruction for free market societies when two conditions are simultaneously met: the function that maps investment in education to financial outcomes becomes highly nonlinear such that even a small difference in investment (three-year community college technologist degree vs. four year university engineering degree) leads to radically different outcomes, and price increases create a situation wherein even for those folks willing to invest in education it is becoming next to impossible to expect the lifestyle outcomes enjoyed by their parents. 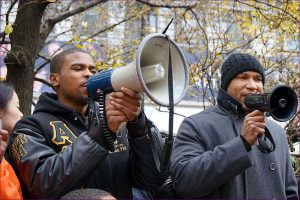 The nature of modern technology is such that both of these conditions now exist in many parts of America. In many Boston suburbs, homes that were bought in the 1980’s for a few hundreds of thousands by middle-class folks are now priced in the millions, far out of reach of most Millennials. Thus there is an entire generation that cannot aspire to be able to purchase at any point in time their childhood homes. In many coastal cities, a three-year degree, even in technology, will yield incomes that are only a small fraction of those available to young graduates with undergraduate and graduate degrees from top universities.

Mountebank politicians of Bernie Sanders’ and Elizabeth Warren’s ilk are quick to exploit the situation and fan the flames of envy. Recently, this fanning has become the entirety of the platform of the Democratic Party. Dovetailing neatly with their toxic brand of identity politics, they are teaching people to be envious of everyone: their peers, their seniors, people who have achieved success through hard work and enormous sacrifice; all based on the color of their skin, their ethnic and religious background, their sex, or any other marker, real or imaginary. 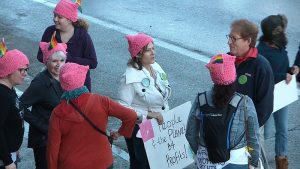 It is dangerous in the extreme to underestimate the possible effects of envy inflamed by skilled agitators. It was precisely that destructive emotion that enabled the Bolsheviks to take power in Russia and ruin it for all times. On the eve of the Bolshevik coup d’état a hundred years ago the Russian Empire was more prosperous than it had ever been. Its GDP growth rate matched or exceeded that of the US, Britain, France, or Germany. It was the breadbasket of Europe. While its industrial output was still lagging behind the major powers of the day, it was rapidly growing. Social mobility was breaking new records; it was easier than ever for a hardworking Russian to succeed beyond anything his or her parents could have dreamed of. The ranks of the middle class, the bourgeoisie, were swelling with every passing year. But whereas only a few years earlier the lazy and the industrious were wallowing in the same miserable mire, now the chaff was being separated from the wheat. The industrious were succeeding and the rising prices were making the lazy ever more miserable. Envy, fanned by skilled agitators well-versed in Marx and Engels, raised its ugly head and assisted by global instability and the First World War swallowed the Russian Empire. It is easy to dismiss the likes of Sanders and Warren as laughable clowns, but there is nothing funny about what they want to do with America.