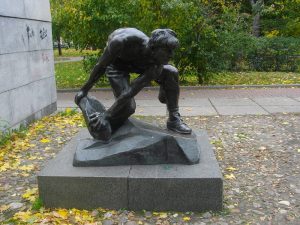 Dictatorship of the proletariat. That’s what Karl Marx and his followers, including in the US Senate, consider the ultimate form of human governance. Now if you’re like me, they’ve lost us at “dictatorship”. I am not big on being dictated to. Tried that growing up in the USSR until the age of ten, don’t remember much, but what I do remember I hate. Primarily, I remember my parents telling me to NEVER repeat anything I heard at home at school unless I wanted them to go to jail.

On the other hand, if you are a member of the proletariat, you may feel OK with doing some dictating. So who or what exactly is that “proletariat”? Actually, Marx defined it pretty well; he divided society (after all that’s what communism is all about) into two classes: the owner class and the proletariat. To be a member of the proletariat then, one must not own anything of real value, real estate, stocks, retirement funds, art collections, you know what I mean. Mitt Romney spoke about the American proletariat when he was recorded mentioning those who take versus those who make. Those who pay into the system, vs. those who drain the system.

In truth, Mitt deserved the beating he got for his remarks, because he used a definition for the takers that is entirely too broad. Just because a family does not pay income taxes in America, it does not follow that they do not own their own home, their own vehicles, and even retirement plans. They certainly do pay taxes on consumption, on real estate, on the licensing of their vehicles, etc. The fact that their incomes do not cross the “eligibility” threshold for the federal income tax does not make them into “takers”. These folks are hardworking Americans – certainly not members of the Marxian proletariat. 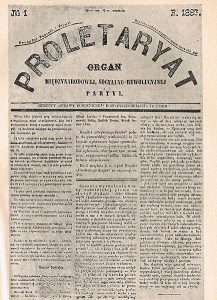 So does America have a proletariat, which, of course, would be the necessary condition for us to have a dictatorship of the proletariat? The answer, unfortunately, is yes and the American proletariat, not at all coincidentally, took a qualitative leap forward during the eight years of the proto-communist Obama administration. Who are the American proletarians? These are people who CHOOSE to take from society. Who submit frivolous disability claims and food stamp claims (both of which skyrocketed under Obama), who abuse opioids not because they are in pain, but because they are bored, who see in those who work hard and don’t make it rich patsies and in those who do make it – well they are the class enemy, the ones who would feel the full brunt of the dictatorship of the proletariat.

Now as can be imagined, if someone is too lazy or too stoned to work, they are not likely to be bothered to do any actual dictating. No, the hard work of ensuring endless class warfare via identity politics and suppressing the free entrepreneurial spirit of regular Americans is to be outsourced to the so-called “elites”. The elites, of course, are a part of the owner class, but they are a very particular subspecies. These are folks who find it easier and more rewarding to manipulate rather than create, to “administer” rather than manage, to burrow in until they find a rich vein and tap into it, quietly, unobtrusively, syphoning off a little more with every passing day.

In America, the natural habitat for this subspecies of the owner class is in government service, which, yet again not coincidentally, experienced enormous growth under the globalist rule of the Bush (pere et fils) and Obama administrations. Like any system of governance, dictatorship of the proletariat has winners and losers and the biggest winners are the elites who do the dictating. This system of governance takes grey government bureaucrats making nice little incomes with good benefits and transforms them into masters of the universe much more powerful than any Wall Street moguls or tech billionaires. In the name of their constituents, the strung out good for nothing parasites of society, they wield infinite power and control the entirety of the nation’s resources. 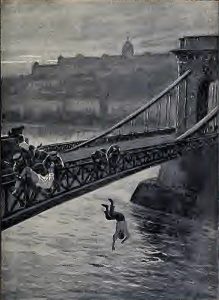 The big losers are what the Constitution called “we the people”. Regular Americans, who don’t like to be dictated to, who enjoy productive work, which is something they are very good at, and who would very much like to leave something for their children so they can in their own turn build on that foundation. These people are considered by communists to be dangerous criminals. The Russian Bolsheviks gave them dehumanizing names like “kulaks” (successful farmers who owned some land and some livestock), “bourgeois” (city-dwelling professional classes such as lawyers, doctors, accountants, engineers, teachers), and lumped them together under the moniker “byvshiye liudi”, former people, meaning people who are nothing but dead men walking, condemned to die as soon as the resources to kill them become available.

Now, if you are like me, you may ask yourself: if dictatorship of the proletariat consists of power-hungry elites who manipulate masses of people who do nothing but consume and who hunt down and kill any productive member of society, how can such a system endure? Surely, once the wealth inherited from the previous system of governance is exhausted and all the productive members of society are destroyed, a total collapse would be inevitable. No rational human beings would ever advocate for such a system, you would say.

Ah, but that’s the “former person” in you that’s talking now; the counter-revolutionary element. Perhaps you should be moved up the list for that pistol shot in the back of the head after all. The collapse of every communist system in every part of the globe, from Russia to Cuba, from Vietnam to Venezuela, from Cambodia to China (Yes, China is a dictatorship, but not a communist one. They reverted back to their historical norm of oligarchical meritocracy just in the nick of time), the violent end of every single experiment in implementing the dictatorship of the proletariat must not ruin your appetite for trying it in your own country. To be a communist you must become the plague bacillus. Just because all the other infected hosts died taking your counterparts with them to their graves, doesn’t mean that your host will meet the same fate; your colleagues simply didn’t do it right. THEY WEREN’T SUFFICIENTLY RUTHLESS. The biggest critique by Lenin of the French Revolution in terms of its failure to unseat the French ruling classes was that the revolutionary reign of terror stopped too soon and didn’t go far enough. Lenin was not about to repeat the same mistake.

Is dictatorship of the proletariat supported in today’s America by mainstream political forces that are represented in the Congress? The answer is yes. While political expediency, inertia, and self-interest of the politicians themselves have us clinging to the old two party system, reality is vastly different. In the real world, America has three parties. The Globalist Social Democratic party has been in control of all three branches of the federal government since 1988 and still controls two of them today. The America First Constitutional Party improbably won the White House in 2016 under the leadership of President Trump and is now trying to take control of the executive branch of the federal government, so far without much success. The legislative and judicial branches remain under globalist control, though the judicial branch may yet swing to the America First Party if President Trump can hang on past the 2018 elections.

In the legislative branch, the second largest party is now the Communist Party under the leadership of Bernie Sanders, Elizabeth Warren, and Kamala Harris. Seeing that the day of the globalists may have come and gone, the opportunistic minority leader duo of Chuck Schumer and Nancy Pelosi are showing every sign of joining the communist camp. The America First Party is nearly non-existent in the Legislative Branch, making the implementation of America First policies virtually impossible. 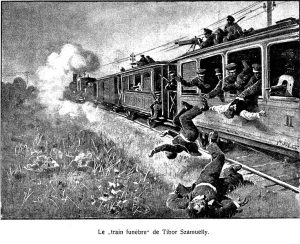 America thus finds itself at a cross-roads with the looming 2018 mid-term election superseding the momentous 2016 presidential election as the one that will define America for generations. If the America First Constitutional Party cannot establish a real foothold in the Legislative Branch, President Trump will be impeached and convicted. Power will then shift briefly back to the Globalists, only to be snatched from them by the Communists just as happened when the Lenin gang usurped power from the Kerensky social democrats exactly 100 years ago. America is not any more immune to the deadly virus that is communism than any other country. If communists come to power in America, regular Americans will die. A hundred years ago in Russia, patriotic Russians did not go down without a fight; they fought valiantly and lost. I know patriotic Americans are not about to lay their arms for anyone; let’s hope that we don’t have to fight, but if we do – let’s win!

Gazprom Doubles Down On Nordstream 2