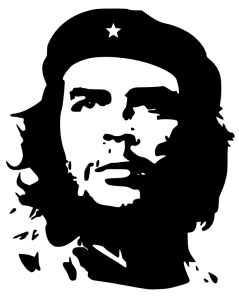 So here’s an easy question for you: who has dispositive control of your stuff? Who owns it? Who owns your cash, your stocks, your automobile, your art, your jewelry, your real estate? If you answer “I do, of course,” while trying to cross the street to get away from me, you are dangerously deluded. Near majorities in the House of Representatives and in the Senate comprised of what is called the Democratic Party (the word Democratic here is used in the exact same sense as in the Democratic Republic of North Korea) believe that it is the “State” (i.e. they) who have dispositive control of your stuff. Not you. You are ALLOWED to have temporary and restricted control over your stuff for as long as they SUFFER you to do so and for as long as you pay the fee that they set for this privilege. Sure, you can sell your stocks, but the proceeds are not yours – there’s a portion that goes to the state. When you die, if you have a sufficiently large amount of stuff, your heirs cannot inherit it without first giving to the state a cash tribute that is a very significant percentage of the “market value” of your stuff, said value to be of course determined by the state during “probate”, a painful process for which you have to pay even more.

For Democrats, private ownership is anathema; it simply does not exist in their lexicon. You may or may not be entitled to RENT your stuff from the State for varying fees determined by the state and collected in the form of taxes. All taxes. On income, on property, on capital gains, on inheritance, on labor, on consumption, on vice. Needless to say the level of the fees you pay to use your stuff is not yours to say yes or no to. Remember “your” stuff is not yours at all. It’s THEIRS. So if you wish to use your stuff in any way, you have to rent it from them and pay whatever fee they demand from you.

Don’t believe me? Let’s go through a logical exercise. Democrats are saying that the tax reform bill is a “giveaway to the rich”. But if the “rich” own their stuff, a portion of which they pay as taxes, and if now the state is asking them to pay a little less in the form of taxes, how can it be a giveaway? Who is giving here? And who is receiving? Ah, but here’s the unbridgeable difference between Democrats and Republicans. If you are a Democrat, you believe that only the State has ownership rights, not the individual or the corporation. Since individuals and corporations cannot, by the Democratic definition own ANYTHING, they cannot be the givers, only the receivers. Only the State can give, because only the State truly owns. Once you ponder this for a moment or two, the Democratic position becomes entirely logical. A reduction in taxes, is NOT a reduction in moneys received by the State from its rightful owners. No, a reduction in taxes is a diminution in the rent that the State charges individuals and corporations for the privilege of temporarily using capital that rightfully belongs to the State and only to the State. Thus if the reduction in rental fees favors those who rent more stuff, it is a giveaway to the rich.

The state cannot, by definition, be on the receiving side of any capital flows because IT ALREADY OWNS ALL THE CAPITAL. Medieval peasants did not own their land or their crops. Both belonged in their entirety to the feudal lord, i.e. the State. The lord suffered the peasants to retain some of their crops so they could live, but how much if anything they retained was entirely up to him. This is exactly how Democrats view the individual, the corporation, or any other private interest. “Your” earnings are in fact theirs. They can take as much as they wish, leaving you a remnant out of their largesse. Some groups will get more, some will get less; it’s up the State to decide. The State can thus only be on the giving side of the equation and private interests can only be on the receiving side, because they do not, in fact cannot, OWN ANYTHING. That is what is taken for absolute Gospel truth, in fact an axiom that requires no proof whatsoever by today’s Democratic Party and its supporters. In fact, this may well be the strongly held belief of the majority of people living in America today.

But how can this be you may ask? The Constitution is all about the protection of private property rights. In fact, it is this protection, against criminals, foreign enemies, and even the State itself that is, according to the Constitution the primary function of the federal government. All of this is undeniably true, but the Framers left a loophole. They well understood that the government must collect taxes in order to function and that the tax collection authority must be backed by force if folks were to be forthcoming with their tax payments. Thus by giving Congress the unlimited power of taxation, they effectively nullified ALL of the private property protections in the Constitution.

How could this have happened? The foresight of the Framers is legendary. How could they commit such a blunder, a travesty against everything they held dear? And yes, private property rights were, to them, absolutely synonymous with other fundamental rights such as the right to privacy and the right to self-defense. In fact, property rights are the only thing that makes the other rights possible, since a person without property can hardly be expected to have the means to defend themselves.

The answer lies, as it often does, not in the tool, but in its user or abuser. A sword, exquisitely made by the swordsmith, can be used to punish the wicked or to slaughter the innocent. It is the wielder of the sword, not its maker that determines whether it is a tool for good or for evil. The Constitution was finely crafted to be used by rational, reasonably well educated, God-fearing, property-holding, men of substance. Men that knew the value of a hard-earned dollar. Men that have experienced what it takes to protect that dollar against enemies, foreign and domestic. Men who were steeped in the Biblical and European traditions of property rights. When the Old Testament said that Abraham purchased the field of Machpelah from Ephron for four hundred silver shekels, the Founding Fathers knew exactly what it meant; the silver, previously owned by Abraham, was now owned by Ephron, and the real estate known as Machpelah was now and forever owned by Abraham and his issue and their descendants to the end of time. It cannot be overemphasized that with all of their powers of clairvoyance the Framers were not gods. They could not imagine, even for a fleeting second, that an American child (meaning a white boy) would not be familiar with the story of the Machpelah before reaching the age of ten. The idea that the Bible would not be taught in American schools would be perhaps at the top of all the impossible things that the Framers were sure would never happen. 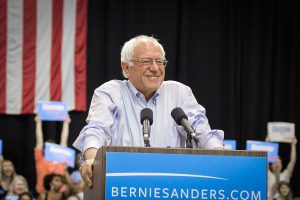 And so they entrusted the Congress, a body of men who were themselves property owners before they got elected and who were elected by other property owning men, with the awesome authority of taxation. Knowing what we know now, that Congressmen and Congresswomen often run and get elected before making a name for themselves in private business, that they are elected by an illiterate and ungodly mob electorate, that they abuse their office to enrich themselves beyond imagination, that they abuse the power of taxation to negate fundamental private property rights and use the proceeds to buy votes by appealing to the basest instincts of their constituents… well perhaps they would have done things differently. Perhaps they would have put constitutional limits on tax rates and what kind of taxes could be levied. Perhaps they would have set term limits on congressional service. We will never know.

What we do know, is that the awesome tool known as the American Constitution has already nearly fallen into the hands of communists, neo-Bolsheviks, and simple garden-variety thieves. There is only one place on planet Earth where fundamental property rights and with them all other rights may yet one day be restored to the people. No, not the “people” as in a grey mob of easily manipulated nincompoops, but “We The People”: a collection of educated and enlightened individuals fully capable of acting in their own personal interests and more importantly capable of making moral judgments between good and evil. That place is America, but we are a hairbreadth away from becoming like the rest of the world; a place where individuals own nothing, the State owns everything, and only those who are the State’s darlings are suffered to temporarily access the State’s largesse. Let’s hope and pray this never comes to pass.