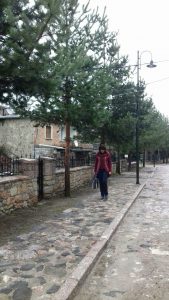 For Albanians and many other tourists, Voskopoja (Moscopole) is a well-known village situated in Eastern Albania, in the Korca region. It is only 21 km from Korca city, with an altitude of 1160 m and has more than 1000 inhabitants.

Voskopoja is a place of natural beauty, culture, and friendly people, where you will never get bored, even after visiting several times. It is a small mountainous village and ski resort. It has a mild climate in the lower valley and a true alpine climate in the higher regions. Voskopoja is ideal for winter, summer sports and recreation tourism during the entire year.

My latest trip to Voskopoja was during our national holiday, two weeks at the end of November. It was the first time that I visited on winter’s eve. Two years ago, I was there in July, the perfect place and weather to escape the dreary heat of Tirana’s summer.

When I left Tirana, the weather was good for this period of the year, when it usually rains a lot. The journey was not long…in less than 4 hours I was in Voskopoja. 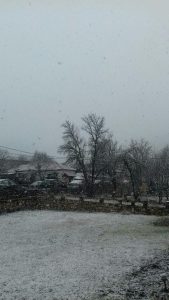 This time I decided to try a recently opened hotel which I had found on FB. Well, it was the only choice in fact, as all the other good hotels in the village were occupied, a normal routine for Voskopoja during the holidays.

I did not like the hotel very much; it was far from the village centre and it did not serve lunch or dinner. So I was determined to find another accommodation, close to the centre and good restaurants I knew from my previous experience.

It was not very difficult to find good lodging. After I tasted a delicious lunch at the Falo Hotel, which was full, they suggested me a suite in a nearby villa. It was superb…I fell in love with at first sight–wo cosy rooms, with a fire place already lit by the owners…and only 28 € per night. 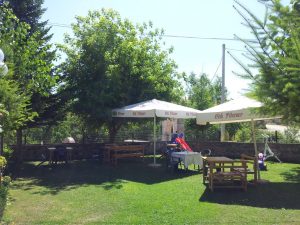 My three-day stay in the village was great. During the first day, the weather was dry and cold, so I made a sightseeing tour around the area, visiting old churches that I had already seen in my previous trips…but you always learn something more each time you go there.

I was lucky enough to see some snow on the second day, a rare thing for us who live in Tirana. Although the temperature showed minus six, you did not feel the cold at all. It felt great to watch the snow falling from the suite’s windows, staying near the fireplace, so warm and comfortable.

The food in Voskopoja is traditional Albanian and so delicious….definitely one has to try the dry meat (pasterma), the vegetable pie baked in ashes (lakror ne sac), the sweet Voskopoja potatoes, and stuffed cheese peppers. Then, there is house wine and raki, our traditional drink made of grapes. You find these in every village restaurant, but for sure the best place is the restaurant Ambassador.

Everywhere you go, you meet friendly and hospitable people. They all greet you in the street and invite you to try or buy their food specialities at a low price, like honey, stuffed peppers and sweet potatoes.
There are various ways to go to Voskopoja. Even if you do not drive, like me, you can travel by bus from Tirana to Korca city in less than 3 hrs (4€ per person). Then, there are vans or 7-seat taxi cars for Voskopoja (30 min drive), at only one euro per person.

During the 18th century, Voskopoja was one of the most developed cultural and commercial centres in the region, inhabited by Albanians, Vlahs/Aromanians and Greeks. It is said there were 35 thousand people living there. The main activity of the city was livestock farming. Its alternative name was the city of shepherds, but there was also wool processing, carpet manufacturing, and silver and copper smiths. Until mid-18th century, the town traded on a large scale with renowned European commercial centres, like Venice, Vienna and the like.

At that time, Voskopoja hosted the first printing press in the Ottoman Balkans, after Constantinople, producing religious and grammar books. It had educational institutions, like an academy, and also a hospital, an orphans’ home and 24 Orthodox churches.

Voskopoja’s decline came due to raids of Muslim bandits, who attacked and destroyed it with the passing of time. Once a prosperous city, it was reduced to a small village by Ali Pasha. It was at that time when Aromanians fled the city and settled in other parts of the Balkans, like Transylvania. 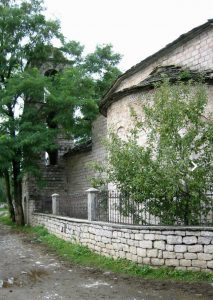 What has remained today from such a long history, are its main churches, like the church of St John the Baptist Monastery, Saint Nicholas, Saint Athanasius, Saint Michael and that of Saint Elijah. Their architecture is specific and identical, with murals and wide altars, a large three-aisled basilica with gable roofs. Since 2002, these 5 churches were put under the World Monuments Fund watch list of 100 most endangered sites.

After the 90s, many people who originated from Voskopoja, have been reconstructing their old houses, making the place vivid again.

Do not miss Voskopoja if you visit Albania. 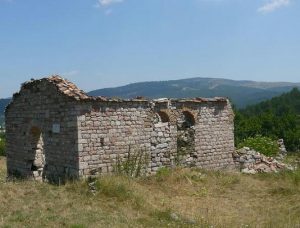