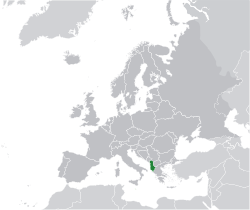 This week the European Parliament held a special session on Albania in which European personalities that are engaged with Albanian progress towards EU accession, named “Friends of Albania”, were heard.

Among those who follow and support Albania’s progress towards the reforms required by EU are Federica Mogherini and Knut Fleckenstein.

In their speech, they both reinforced confidence that by June, the EU Council will finally decide to open negotiations and start dialogue with Albania.

Federica Mogherini, the High Representative of the EU for Foreign Affairs and Security Policy/Vice-President of the Commission, stated that in the coming 3-4 months, the European Commission will give positive unconditioned recommendations for opening EU accession negotiations with Albania.

“The process of the Albanian integration into the EU is a process of all the Western Balkans”, she said. “This is not a favour; it is in the interest of the European Union as well; it means a reunion of our continent, not just an extension. It is the first wave of the EU integration, that in fact, makes the DNA of the union history, i.e. peace and reconciliation”.

Mogherini added: “Albanians have always shared the feeling of being Europeans, the same as other Western Balkan countries. We appreciate Albania’s efforts in the integration process, especially in judicial reform. The vetting process is producing its first outcome; the war against organized crime has deepened. We have been following Albania in every step and we are sure no one wants to waste our common efforts in years”.

The Reporter for Albania in the European Parliament, Knut Fleckenstein, also appeared optimistic about opening EU negotiations with Albania. “European Parliament supports Albanian progress in the integration process. We will give our recommendations to the Parliament, then the member states will decide. I have a positive feeling that there is good chance they make the right decision”, he stated.

“There is no member state against starting the accession negotiations with Albania. But they will verify the progress of reforms. There are some questions regarding war against organized crime, the vetting process and corrupt officials. But on the whole, Albanian balance is positive”.

On 17 April, the European Commission will publish the progress report of Albania in regard to the EU accession issue.
The Albanian Prime Minister Edi Rama, present at the event, appeared optimistic about an Albanian EU future. In an interview for “Politico”, he stated that Albania has every chance to join the EU, even before Serbia or Montenegro, mentioning the fact that Serbia has to go through the painful, but necessary process of acknowledging Kosovo Independence first.

Asked about organised crime in the country, PM Rama maintained that the stereotype created about Albania, regarding this issue, is wrong. According to him, It is the same as happened with Bulgaria and Romania before EU accession.

Bulgaria was seen as the country that tried to assassinate the Pope, while Romania as spreading prostitution around Europe. There is no place for such stereotypes any more, as they may prove wrong, stated Albanian PM Rama.

In another interview given to “Financial Times”, Rama said he requires from the EU that they open negotiations with Albania, as part of EU extension towards the Western Balkans, in order to foster European security.

“It would be crazy, if the EU failed to embrace the West Balkan region. The WB countries stand in the centre of immigration routes. Russia considers the region as having a strategic price. Its influence and interests in WB are real. During the whole period, Albania has been committed to do exactly what European Union has demanded”, Rama concluded.