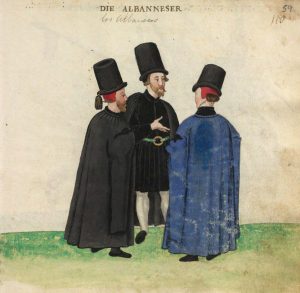 Lately, there have been signals for a possible union of Albania and Kosovo. Such signals through various statements by Albanian officials and analysts from both sides, have shown that two independent countries, having the same origin, history, language, and culture have the right to decide by themselves to join each other. Such a right is guaranteed by the UN charter.

History has shown that this is possible and reasonable; Helmut Kohl united two Germanys in 1989 using the same justification.

Native analysts and politicians are divided into two opinions. For most, the Albanian issue is not settled yet. Kosovo still has no identity, although it is now an independent country. The EU wants to establish the state of Kosovo, but its members do not all acknowledge its independence. This creates an unstable situation in the Western Balkans. Kosovo is considered a half state, as long as many of its decisions are made by international entities. Kosovo’s freedom has always been conditioned. Its identity crisis is even shown in its fabricated flag, that has nothing to do with the Albanian identity–the black two-headed eagle on the red flag.

In European history, it is difficult to find another country to have suffered national oppression the way Kosovo has, though existing in its own territory. There has been terror, violence, physical exploitation, liquidation, and ethnic cleansing of Kosovo Albanians from their own land after Serbian colonization. The slavery of Kosovo was Serbia’s main purpose throughout the ages.

Kosovo Albanians are descendants of Illyrians; the Dardania tribe was one of the greatest in the central Balkans. Archaeological, historical, cultural, and linguistic data clearly demonstrate the Illyrian-Albanian continuation.

In the VI-VII century, Slavs, under Stefan Nemanja’s leadership (1165-1195), settled in the Western Balkans and conquered today’s Kosovo, robbed and killed the people, and tried to obliterate everything native. The Ottoman invasion in the XIV century, brought about important changes in the political, economic, and social structures. Serbian state infrastructure was demolished and Kosovo, as well as all of Albania, remained under Ottoman rule for 500 years, until the independence proclamation in 1912. During that time, a great part of population changed their religion willingly, from Christian to Muslim, just to get rid of Serbian influence. But it was only the religion that changed, not the ethnic Albanian identity.

The decisions of the Ambassadors’ Meeting at the London Conference of 1913 left Kosovo outside Albanian state borders. 67.75% of the Albanian territory was divided among Serbia, Montenegro, and Greece, thus extending the territories of orthodox Balkan countries. 23,000 Albanians were assassinated, 235 villages destroyed, 120,000 Albanians were deported from Kosovo, to settle afterwards in Albania and Turkey.

The Secret Treaty of London in 1915 seriously damaged the sovereignty of the Albanian state, leaving out of its territory whole regions north and south. The Peace Conference of 1921 in Paris, definitively left Kosovo outside Albania, but at least the conference acknowledged the 1912 Independence of Albania, avoiding further dismemberment of the territory.

After the Second World War, the Yugoslav leader Tito, decided Kosovo would remain an autonomous region of Yugoslavia, allowing Kosovo Albanians some rights, but never making it a Republic, like he did with the other countries of former Yugoslavia. After Tito’s death, the situation in Kosovo deteriorated, as the rights were totally violated. The situation brought about the war of the 1990s, Nato intervention, and finally Kosovo’s freedom from the Serbian rule.

Why has the current idea of a possible union of Albania and Kosovo raised a lot of hysteria and seems to scare international organizations?

According to well-known Kosovar scholar, Rexhep Qosja, Albania and Kosovo are moving towards unification, before joining the European Union. The EU would not allow two member countries to unite or to separate. Unification is not a mere Albanian desire or will; it is an issue that opens the way to solve other important issues for both countries. Afterwards, Albania will have better political, economic, cultural, and educational progress. The common welfare and the values that ensure the identity of a country will increase.

The current Prime Minister of Albania, Edi Rama, since the beginning of 2017, sent a clear message to EU: “If our common hopes to join EU disappear, the union will become a reality”.

Brussels denied such a statement, declaring that new efforts to rewrite Balkan’s borders could bring new conflicts. The EU maintains the Western Balkans have a European perspective. NATO and EU have strategic interests in the region and want a stable Balkan Peninsula. Even the citizens of both countries want a common Euro-Atlantic future.
But according to Rama and some analysts, the union is a possible alternative against EU closed doors. The EU has extended the accession criteria, making it too difficult for both countries to join in the near future. Serbia hinders Kosovo’s way towards its complete internationalisation. Albanians are becoming more and more sceptical about joining the EU, hence the possible union. This turns the Balkans into a grey region, in which other actors have a greater influence than the EU, Rama stated.

Those analysts who are a little bit less sure, think that the internal problems of both countries will be a barrier to achieving such an goal. The classical union is still impossible. Albania and Kosovo should become democratic countries first and solve their problems with neighbouring countries, then consider a union.

Serbian media has recently mentioned that representatives from Albania and Kosovo have declared their national unification through various statements, like that of opening borders between the two countries. The latest slogan of the common meeting between two governments “One nation, one dream” and also the proclamation of 28 November, Albania’s Independence Day, as a national holiday in Kosovo, means a ringing bell for Serbs.

So it seems the majority fear the possible union of Albania and Kosovo. Is Greater Albania so scary for the Western Balkans and beyond? At a time when some regions are asking for separation from their motherland, the idea of reunion should sound correct and not scare anyone.

Has Russia Violated A Nuclear Treaty?