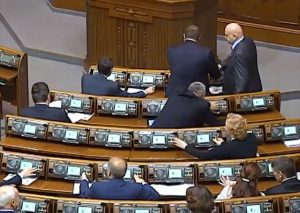 Ukrainian lawmakers on Thursday shelved a draft law that critics say would have undermined the independence of anti-corruption institutions, which Ukraine’s foreign backers this week said were under attack from vested interests.

Reformists welcomed the removal of the bill from parliament’s agenda as a win at a time when Ukraine’s Western-backed corruption fight faces pushback on several fronts.