The president of Lithuania has declared Russian, nuclear-capable Iskander missiles have been deployed to the Russian exclave of Kaliningrad on the Baltic Sea. The Kremlin reacted to the statements with a shrug, saying ‘we can deploy weapons on our territory where we want to’.

As Russia has recovered its military strength over the last decade, the territory of Kaliningrad, a result of the collapse of the Soviet Union, which saw the Baltic states move towards the European Union and NATO, has become of strategic concern. NATO worries the militarized sea base can effectively allow Moscow to cut off the Baltics from NATO forces in the event of a conflict.

The Iskander is a tactical, mobile, short-range missile system that can carry a conventional or nuclear warhead. It is the follow-on to the SCUD missile that gained notoriety during the First Gulf War.

“The deployment of one weapon or another, the deployment of military units and so forth on Russian territory, is exclusively a sovereign issue for the Russian Federation…Russia has never threatened anyone and is not threatening anyone. Naturally, Russia has this sovereign right. It should hardly be cause for anyone to worry,” said Kremlin spokesman Dmitry Peskov, reported DW.com.

“I want to remind you that placing particular armaments and deploying specific military units on Russian territory are solely the sovereign issue of Russia.” 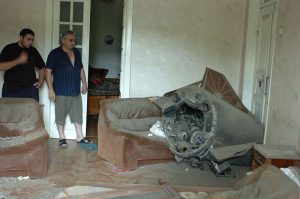 “It means that what we have been talking about — the necessity to discuss strengthening air defense elements during the NATO summit in July; strengthening the chain of command, to talk about many questions that affect defense of our region and Latvia specifically — it all has been confirmed by the practical actions of Russia,” replied Latvian Foreign Minister Edgars Rinkevics.

Kremlin Spokesperson Dmitry #Peskov on deployment of Iskander missile system in Russia's Kaliningrad region: Russia has never threatened anyone, and I would like to remind that Russia naturally has the sovereign right to deploy hardware and military units on the Russian territory pic.twitter.com/4m8GvO8ugY

“This again makes the situation even more serious because Iskanders in Kaliningrad means dangers for half of European capitals,” said Lithuanian President Dalia Grybauskaite on Monday, reported DW.com. 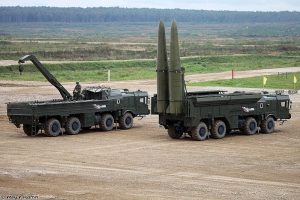