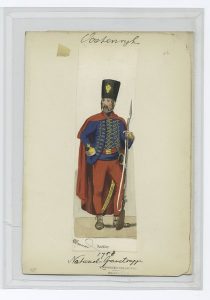 Tensions between the Eastern European nations of Romania and Hungary have flared in recent days after Romanian comments over a Hungarian separatist group in Romania, and the Hungarian reaction. The Szeklers are a Hungarian minority living in Romania and are recognized by the government in Bucharest as such.

Romanian Prime Minister Mihai Tudose said on Wednesday on Realitatea TV that “if the Szekler flag flies on institutions there, they’ll all fly next to the flag,” reported the Associated Press. Tudose was speaking about threats to fly the group’s separatist flag in Hungary.

Romania declared it would summon the Hungarian ambassador after the Szekler flag was draped over the Romanian emblem at the Romanian embassy in Budapest. Teodor Melescanu called on Hungarian authorities to “guarantee the inviolability and integrity of Romanian missions and their staff.”

With other European regions such as Scotland, and Catalan, pushing for separation from their central governments, old rivalries have come to the forefront. Romania and Hungary are no different in this regard.

Tudose “practically threatened a national minority and its representatives with execution,” Foreign Minister Peter Szijjarto said. “This is totally unacceptable and unworthy of Europe, European values and the 21st century,” wrote AP.

Russia Retaliates Against New US Sanctions And Obama Measures

Russia Stands By General Flynn, Even If Trump Is Not