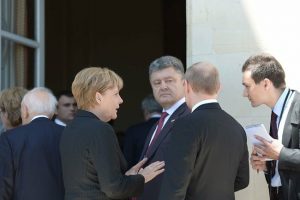 The International Monetary Fund publicly stated today they are not supporting the current draft bill in front of the Ukrainian parliament regarding the establishment of an anti-corruption court to fulfill requirements for further aid.
Reuters reported the international body has concerns over the independence of the court, and delays in the implementation of the new entity.

“We have serious concerns about the draft law,…Several provisions are not consistent with the authorities’ commitments under Ukraine’s IMF-supported program.”

“In its current form … we would not be able to support the draft law,” he said, reported Reuters.

Asked for comment, the president’s office released this statement, “President Petro Poroshenko has repeatedly emphasized that the country’s leadership has the political will to create an independent anti-corruption court.”