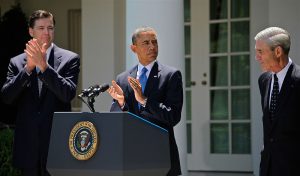 Stalin famously remarked that when it came to elections it was not the voters whose opinions counted, it was the opinions of those who counted the votes that carried the day. This opinion is widely shared today by the global elites in places like Beijing, Moscow, Brussels, and Washington DC. The differences, if any, between Stalin and his present-day disciples lie much more in the sphere of practicality than principle. Modern elites, especially in the West, are much more effective and efficient dictators than Stalin, without the benefit of Harvard or the Sorbonne, had any hope of being. They know that giving the masses a believable pretense that their votes actually count for anything is a much better approach than tanks in the streets. Where Stalin saw elections as an exercise in sham public relations for the consumption of his many useful idiots in the West, people like the Obamas, the Bushes, or the Clintons see elections as an exercise in internal mind control, keeping the masses compliantly and reliably consuming soap operas and cheap Chinese goods.

Achieving more sophisticated results requires a more sophisticated approach. Whereas Stalin’s henchmen at the district level would not even bother opening the ballot boxes knowing that there was absolutely no point in it, in Western “democracies” only the people at the very top have the keys to the fix. This means that actual votes are more or less faithfully counted and the results are actually tabulated and reported to the public at large. Thus the art of the fix in the West does not involve altering the voters’ choice, but rather making sure that they have no choice that is not part of the fix. In the American two-party system this is quite easily accomplished by making sure that both parties are parts of the ruling establishment and thus either choice is equally acceptable to the ruling elites. This approach requires a certain flexibility in terms of personal ambitions, a flexibility that would be utterly foreign to Stalin and is equally foreign to his current successor, Vladimir Putin. These uncouth characters actually want to rule in person, with all the trapping of despotic power, for as long as they live. 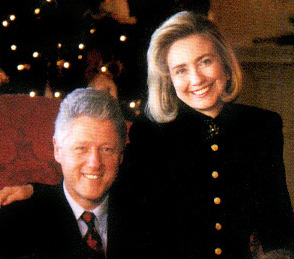 In contrast, our vastly superior rulers, the Kennedys, the Bushes, the Clintons, and the Obamas are quite happy to arrange among themselves who would wield visible power and travel in Air Force One, and who, Hillary-like, will await their turn at the trough for as long as that turn is guaranteed. This personal sacrifice and self-control enable the two-party system to function, giving the people a false choice every two years, with every vote faithfully counted and reported and yet the results being every bit as meaningless as those in China or in Russia.

In Europe, with its multiplicity of parties, the situation calls for a somewhat blunter approach. In places like France, Britain, Germany, and Italy, the ruling classes decide which parties and candidates are BEYOND THE PALE and make this judgment absolute with no right of appeal. People like Marie Le Pen and Nigel Farage are described as Nazis, white supremacists, racists, and every other name in the book. The implication, clearly stated by the acceptable politicians and their faithful media organs and academia echo chambers is that anyone daring to vote for these unapproved candidates or parties is himself or herself infected with the poisonous miasma that they emanate. As long as the percentage of voters willing to be so smeared does not exceed ten to twenty percent, the presence of such “fringe” parties is useful to elites’ cover story of free elections and the maintenance of the pretense of democracy.

The trade-off between the blunt approach of Russia and China and the sophisticated and nuanced approach of the West is quite simple. In Russia and in China votes are literally not counted and not a single citizen believes that his or her votes have any validity whatsoever. It’s all a sham, which everyone well knows. The leaders are chosen via court intrigues and other inside baseball methods. There is zero risk that someone not approved by the ruling elites will come to power except by the means of an armed uprising. On the flip-side, this arrangement requires significant investment in internal security forces whose job it is to deploy all means necessary to ensure that such an uprising never takes place. A lesser, but still undesirable side-effect is the bad public relations that attach to blatantly sham elections via the efforts of the Western elites who are made of people to whom hypocrisy is second nature. 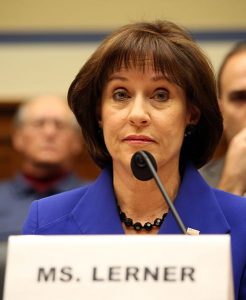 The Western system does not require unseemly thuggery and jack-bootery and is very well equipped to pat itself on the shoulder for its “democratic” ways. Western elites are absolute masters at public opinion manipulation via their organs of mass (dis)information: the main stream media and the social media companies. Lately, they have quite successfully suborned large “private” corporations into becoming the enforcers of the elites’ dogma. Hiding behind the shield of “private companies being free to impose their own rules and regulations”, these companies, as in the case of Google and James Damore, can ruin peoples’ lives with impunity if they as much as come close to the boundaries of acceptable behavior as set by the ruling elites.

This system of control has been perfected in the West throughout the 20th century, with significant acceleration in the post-WWII era and final touches added in the past quarter century via newly available information technology. At the present, this system seems infallible, except of course it wasn’t. The one-in-a-million chance of failure that nobody ever cares about because it is improbable to the point of impossibility happened when Trump declared his candidacy for president of the United States. All the mechanisms designed to stop him functioned extremely well, in fact better than planned. He was declared by every media outlet to be as much beyond the pale as anyone could ever be. This was accepted not only by the top Democrats, but also by the vast majority of top Republicans. The Great Smear Machine immediately sprang into action and there was not a single piece of dirt that was not flung at Trump during the initial phase of the elites’ defensive strategy, the Republican primaries.

Not having succeeded in the primary phase, we now know that the elites upped their game by deploying the full might of the security organs of the American dictatorship, a dictatorship that was hitherto so well camouflaged behind the veneer of a Constitutional Republic. All three branches of government, long since not even remotely independent, sprang into action, trying to make Trump’s win in the general election all but impossible. Everything was working as planned, except for one thing: Hillary Clinton. A personage resembling Leonid Brezhnev in his dotage, but much more corrupt and sans the honorable military service in the Second World War, Hillary was drunk, sick, and to put it mildly rabidly unpopular. But it was HER TURN and the American two-party dictatorship is founded on the postponement, not the negation of naked personal ambition. Revoking Hillary’s turn at the trough without her acquiescence would have destroyed the system because no future candidate would have agreed to step aside when asked to do so like she did in favor of Barack Obama in 2008. So they let her continue even as it became more and more clear that she was going to lose. 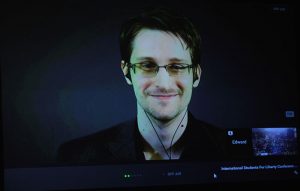 The one flaw in the Western system of oligarchical dictatorship was now becoming apparent; the mechanisms to simply throw out the people’s vote and crown the next leader by fiat were not in place, even as a failsafe. In the fall of 2016 the ruling American elites where thus faced with a choice, revoke the constitution and stop pretending that America was a constitutional republic, or let the chips fall where they may and put in place an INSURANCE POLICY that would make sure that Trump would be impeached immediately upon taking office, to be replaced by his establishment VP. The hastily put together covert operation referred to by Peter Strzok as the “insurance policy” involved Robert Mueller, James Comey, Andrew McCabe, Sally Yates, Rod Rosenstein, and of course some lower-level operatives like Strzok himself and his paramour Lisa Page.

The operation so far met with a limited success. It succeeded in significantly hamstringing the implementation of Trump’s populist agenda, an agenda on which he ran and which got him elected. More importantly, it succeeded in denying Trump the landslide victory he would have surely have had without the initial products of Operation Insurance Policy, such as the Billy Bush tape. A landslide victory would have given Trump considerable political capital, capital which he would have doubtlessly spent to Make America Great Again. The popular vote hoax would also have not been possible without the intervention of organs of the so called “deep state”.

The denial of a historic landslide victory enraged Trump and caused him to commit several errors from which it took him some time to recover, but the blunt nature of the Deep State assault on the American Constitution and even the pretense that it had anything whatsoever to do with modern American life coupled with Trump’s effective though bumbling defense in the early stages of his administration caused a number of American patriots such as John Kelly and Devin Nunes to fully commit to the fight for the Constitution. The result is an unprecedented exposure of the “bipartisan” American elites and their organs of control to the public at large. 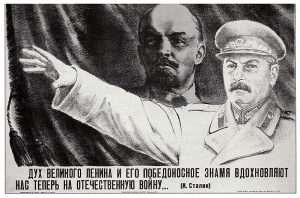 The final act of this play is upon us and no one knows what it will bring, but there are hopeful signs that the faith that the Founding Fathers had so cautiously, almost against their better judgment, placed in the American People may yet be vindicated.