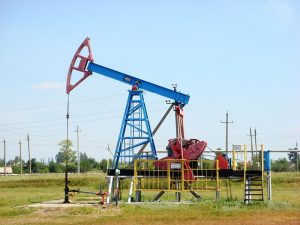 Russia can live forever on $40 oil said Russia’s Economy Minister Maxim Oreshkin at the St. Petersburg Economic Forum today in an interview with Bloomberg. In the Kremlin’s eyes, they have already achieved their targeted goal of reducing inventory levels of crude around the world and are targeting pricing on the short end of the curve.

Russia and OPEC countries have failed in their efforts to push oil higher than the $50 handle trading range it has been in for months. However, Oreshkin stated that the alliance between OPEC and non-OPEC producing countries had ‘not failed at all.’

“We are actually ready to live forever at oil prices $40 or below,” said Oreshkin, declaring that Moscow was not as dependent on the price of crude as it was ten years ago.

On Wednesday, Saudi Energy Minister Khalid al-Falih said—after meeting with his Russian counterpart Alexander Novak—that OPEC and non-OPEC producers are committed to do “whatever it takes” to draw the global crude oil inventories down to their five-year average, reported oilprice.com.

Most Russians Won’t Make It To Their 71st Birthday